Mr Freddy Phathela, the former secretary of the association, was unanimously elected as the chairperson of the Makhado Local Football Association (Malfa) on Saturday. The association’s congress and elections were held at the Makhado Show Grounds hall.

Messrs MP Rambau and Scara Tshigomana and Ms Mercy Rambau were elected to the positions of first, second and third deputy chairpersons respectively. The well-known owner of Muraida FC who is also a teacher, Mr Itani Netshivhulana, was elected as the general secretary. He will be assisted by Mr T Phaswana as deputy secretary. Mr George Maphala was elected as the new treasurer of the association.

During Saturday’s meeting, an announcement was made that additional members would be nominated by the four zones. Mr Sylvester Mulaudzi will lead the Sinthumule/Kutama zone, CN Maphaha will lead Nzhelele, and Ravies Baloyi will lead the Hlanganani/Vuwani zone. No representative for Tshakhuma was elected.

In an interview with Limpopo Mirror, Phathela said that the issues that were high on his priority list included the fight against corruption in refereeing and to ensure sound financial administration. Securing a sponsor for the association will also be crucial. Another important focus area will be the revival of the youth-development programmes.

The president of Safa Vhembe, Mr Jabulani Ndove, advised Phathela and his team to associate themselves with the right people if they wanted to succeed as leaders. He encouraged Phathela to work hard to ensure that this region kept up the good work in producing more players for the elite leagues. He appealed to the new leadership to remain focused, despite all the criticism. 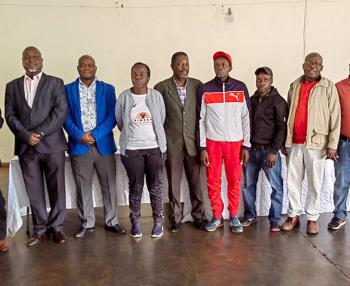