With most of the teams affiliated to the Limpopo Stream of the Sasol Women’s League left with three matches to play before the end of the season, the struggle for promotion and to escape the relegation axe will continue this weekend.

Rodadau FC will have nobody but themselves to blame if they fail to collect the maximum points against Merwe United Ladies. They will test each other’s strength at the Muziafera Grounds outside Vuwani on Saturday.

Merwe United are still to win a league match this season. They are fighting for survival at the bottom of the log with two points accumulated from 11 matches. Rodadau still stand an outside chance to win the league title. They are lying in the fourth position on the log standings with 17 points, 13 behind the pace setters, Lacoste Morning Stars.

Lacoste Morning Stars will travel to Nwamitwa village outside Tzaneen. Their match against Sisters FC will be played at the Nwamitwa Stadium. Should they manage to collect the full points at stake, Morning Stars will be almost sure of a place in the promotional playoffs.

The University of Limpopo Ladies will host Real Mighty Girls at the Turfloop Stadium in Polokwane. Tshandama Young Stars must beat Sealene Ladies to enhance their chances to escape the relegation axe. They will lock horns at the Tshandama Grounds in the Mutale area in the only match that will be played on Sunday afternoon. 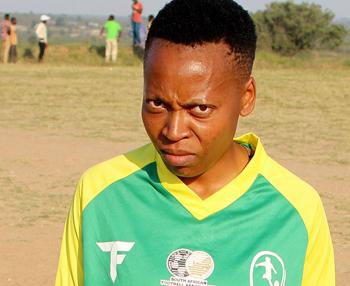