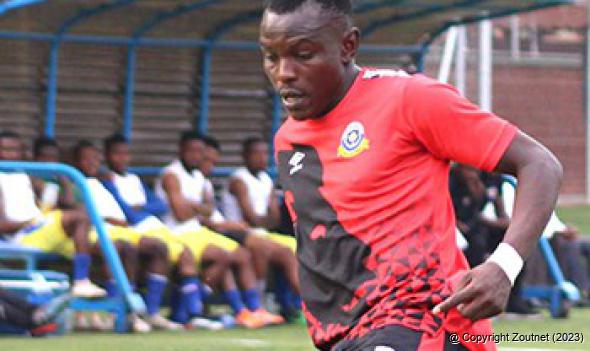 TTM need to dodge this arrow on Saturday

Tshakhuma Tsha Madzivhandila (TTM) did not waste any time after their midweek DStv Premiership League game against Orlando Pirates that was played at the Thohoyandou Stadium on Wednesday evening. They flew to Durban on Thursday morning to start with their preparations for their next league match against Lamontville Golden Arrows that will be played at the Chatsworth Stadium on Saturday afternoon.

TTM fine with draw away from home

Tshakhuma Tsha Madzivhandila (TTM) may have failed to collect the maximum points in their DStv Premiership League match against Chippa United at the Nelson Mandela Bay Stadium in Port Elizabeth last Sunday, but the team’s head coach, Mr Joel “The Prophet” Masutha, is happy with the results. Vhadau Vha Damani held Chippa United to a 1-1 draw.

The new executive committee for the Limpopo Volleyball Association (LVA) was elected during the association’s general meeting held at the Peter Mokaba Stadium last Sunday. Mr Atang Segodi, the only nominee for the position, was re-elected as the president for the association. Mr Peter Legodi was elected the deputy president.

Tshakhuma Tsha Madzivhandila FC (TTM) are geared to teach Chippa United a free soccer lesson when they meet in their DStv Premiership League match at the Nelson Mandela Stadium in Port Elizabeth on Sunday afternoon.

This weekend marks the starting point for the long-awaited GladAfrica Championship League programme. Two matches will be played this afternoon (Friday), followed by three tomorrow, while only one will be seen on Sunday. Two teams from Cape Town, Ajax Cape Town and Cape Town All Stars, will open their league programme with home matches.

Nyiko cycling to promote the rights of fathers

Local resident, Nyiko Masango (40), known as Mr Dynamix, started a campaign aimed at encouraging men to be actively involved in their children’s upbringing.

Black Leopards may have lost three and won only one of the four matches they have played so far, but the team’s new head coach, Mr Dylan Kerr, is adamant that Lidoda duvha are still on track.

Tshakhuma Tsha Madzivhandila FC (TTM) have reason to believe that they will be one of the biggest clubs in the country in terms of support and performance. The club launched 15 supporters’ branches during a ceremony held at the 2 Ten Hotel in Sibasa last Saturday. The branches that were launched are: Ngovhela, Tshakhuma, Tshaulu, Malamulele, Sibasa, Vuwani, Nzhelele, Makhado, Thohoyandou, Thengwe, Vleifontein, Western, Polokwane, Vhufuli and Shayandima.

The Thohoyandou Stadium will be a hive of activity this weekend. Two DStv Premiership League matches will be staged there. Black Leopards will host Maritzburg United on Saturday afternoon. Tshakhuma Tsha Madzivhandila (TTM) will entertain Baroka FC in their Limpopo derby at the same venue on Sunday afternoon.

Not only did Black Leopards beef up the team’s technical department by replacing the head coach, Mr Patrick Aussems, with Mr Dylan Kerr, but they also strengthened the squad by acquiring the services of three vastly experienced players. The club’s chief executive officer, Mr Moudy Mudzielwana, confirmed that Rodney Ramagalela, Mohammed Anas and Lehlohonolo Masalesa will be parading in the Leopards’ colours this season.

More humiliation for Mikhado in GladAfrica in play-offs

Mikhado FC were confident about promotion to the GladAfrica Championship Division when they left for the ABC Motsepe League Promotional playoffs in Gauteng two weeks ago, but they returned with empty hands. The annual event was staged at the Vaal University of Technology from Monday last week. The final was played on Saturday.

It was again time for local cyclists to unbox the Christmas lights and decorate their bicycles as part of the annual Jingle Bell Toy Ride in Louis Trichardt that took part on Friday, 4 December.