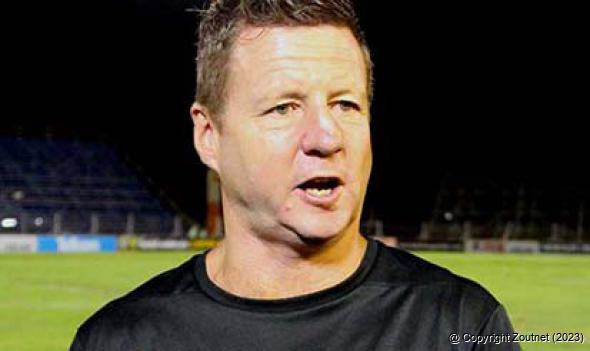 The relationship between Black Leopards and the team’s playmaker, Lesedi Kapinga, is something of the past.

Lukie Rubberman Manyuwa was a dedicated defender during his days when he was a soccer player.

Where is the former speedy striker of Black Leopards, Joseph “Pele” Likhade, who was giving his opponents sleepless nights during his heydays.

PSL finally approves the sale of Bidvest Wits to TTM

The president of Tshakhuma Tsha Madzivhandila (TTM), Mr Masala Mulaudzi, and the chairman of Bidvest Wits FC, Mr Alan Fainman, might have jointly confirmed the sale of Bidvest Wits FC’s Absa Premiership franchise to Tshakhuma Tsha Madzivhandila FC last month, but the transaction was not official before being ratified by the Premier Soccer League (PSL).

The former Black Leopards’ midfielder, Meshack Maphangule, is not sure about his future as a player of Chippa United FC.

The Muleba family from Tshidzini village in the Tshamutshedzi area is living a miserable life because of the nationwide lockdown. The family’s breadwinner, Raider Muleba, has lost her income because of the outbreak of the Covid-19 pandemic.

The well-known former Rabali Blackpool striker, Benedict "Killer" Mulaudzi, used to be one of the most respected strikers in the Vhembe region.

The annual DMT Themeli Heritage Soccer Tournament will not be staged this year.

Magic Ratshivhadelo retired but not tired

The former Black Leopards and Dynamos FC killer striker, Coxwell “Magic” Ratshivhadelo, might have retired from football, but he is not tired of the game. At the age of 50, Ratshivhadelo feels that he still has a lot to offer towards the development of sport.

Be a Super Hero - and get the T-shirt

Next Sunday (19 July) the first of the “Super Hero” events is to take place. This is a virtual run series where participants can dress up as characters from comic books and compete against each other from the safety of their own neighbourhoods.

Business as usual has resumed in the camp of Black Leopards FC. According to the club’s brand and communications manager, Mr Tshifhiwa Thidiela, the team resumed with their normal training programme on Wednesday this week.

The affiliates of the Sasol Women’s League might have been ready for the starting of the league programme for the new season at the beginning of March, but unfortunately the teams will not play even a single league game this year.

TTM geared to complete the season with a bang

While most of the Absa Premiership and GladAfrica Championship teams, including Black Leopards, resumed with their normal training programmes this week, the situation is different in the camp of Tshakhuma Tsha Madzivhandila FC (TTM). According to the team’s caretaker coach, Mr Lucky “Mchichwa” Nelukau, they were still waiting for the Covid-19 results at the time of our going to press.