Prifix to release a new album

After the release of Born and Raised in 2015, award-winning Tshivenda rap artist Tendani Mathaga, also known as Prifix, became a household name in rap circles.

That was the beginning of something great, and from that point on the brand Prifix grew bigger. His second album won him the Best Tshivenda hip hop artist of the year during the TSHIMA (Tshivenda Music Awards) in 2017.

According to Prifix, since the fame and success he received with his style, many had tried to follow in his footsteps. “There were many young talents around Venda trying to emulate and dethrone me after I had won the TSHIMA in 2017.” He added that he then tried to venture into other rapping styles. “After a few years of exploring, I felt the need to come back to my comfort zone and to reclaim my throne.”

Prifix said his new album, One and only, is a statement to his followers and his competitors that there was only one Prifix. “They can try to rap like me, copy my style and flows but they can never replace me,” he added.

One and Only is comprised of tracks such as Ahuna, featuring the “queen of Limpopo, Makhadzi”, Zwia mmbavha, Oya Nalo and Ndo vhaisala. On this project, Prifix worked with some of the heavyweights in the Tshivenda music industry, such as Ras Canly, Bhamba, Fizzy, Meskay, King Ashf and Chris Bang, to name just a few.

Prifix said that the album would be released on 31 May “and my fans have already started placing pre-orders at a discounted price. With all the hype on social media, this has the potential to be one of the best-selling albums in Venda”. 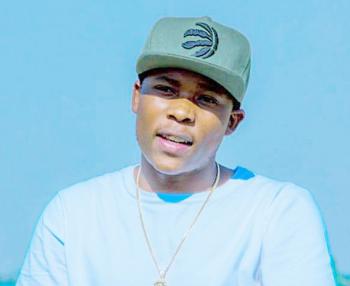