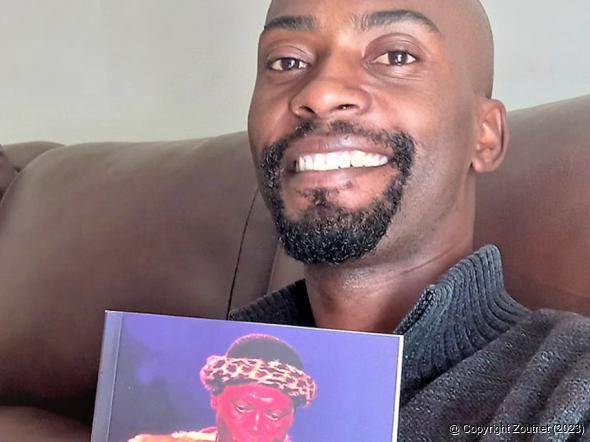 After six years of travelling, intensive research and interviewing, Sydney Fetsie Maluleke has finally realised his dream to document the life of one of the most respected Xitsonga musicians of our time, Thomas Chauke*.

Hilda Munyai has a passion for helping people in need. She has been feeding disadvantaged people from the Tshikota Township singlehandedly from her own home since 2014 – an initiative she started on her own. Besides this, she has also been working for the Songozwi Victim Empowerment group for the past 17 years, although the organisation is not functional at the moment.

Netshirembe returns with another hit album

“A skilful hunter lived in a deep rural village with his three wives. He used to go to the bush to hunt khambas (tortoises), which he enjoyed alone without sharing them with his wives. One day, after returning from one of his hunting trips, he found that one of his khambas had been stolen and eaten. He confronted all his wives, who denied eating the khamba, and the man became very angry. He went to the local river and, over some days, made a thin bridge out of wood. He then took his wives along to cross the river. As they reached the middle of the river on the makeshift bridge, the wife who ate the khamba fell into the river and was swept away; her body was never recovered.”

Nsovo now earns her living by making other people beautiful

Upcoming make-up artist Nsovo Valoyi from Bungeni has grown her passion for make-up into a viable business. She realised that, to find success in life, you should use what you have at your disposal and run with it. With this perspective, she has figured out how to make ends meet as a beautician.

The Vhembe region boasts one of the most beautiful and valuable trees - the Mopani - but experts warn that if people do not start to protect it from the hands of careless woodcutters, it will lead to dire consequences for the indigenous birds and animals of the area.

What happened to Vhembe’s tshingondo (rhumba) megastar, Jonah Moyo? This is the question that music lovers have been asking themselves for the past two years. The answer is that Moyo has been travelling around the world, making music with his band, the Devera Ngwena Jazz Band.

Musina's bikers for a good cause

For most motorcyclists, riding is for fun, but for the Beitbridge Motorcycle Club, far more is involved. The club was established with one common aim among its 25 members: to help disadvantaged people within their community. The members donate and collect money, which is used to buy food, clothing and other basic needs for those who cannot sustain themselves.

Caiphus' passion is to teach people to care for the earth

If South Africans do not start to take better care of the environment, they will soon be left with nothing for future generations. This is the view of local environmental assessment practitioner Mr Caiphus Mukwevho.

Most Read Articles the past Month