A local author and a resident of Mukhomi village, Miyelani Anthonia Hlungwani, has published his first Xitsonga collection of poetry, Hi le misaveni!

The title can be translated as “That’s how life is!” This book is published by his new publishing house, Muyimeri Publishers, that was established in January 2020.

"I had looked for publishing houses in South Africa, only to find that most of them were expensive for an upcoming author like me," he said. "I then decided that it was a good time to open my own business, which includes an affordable option for upcoming authors who wish to self-publish with us."

In his solo book, he employs strategies that help in creating mental pictures, such as metaphors, similes, sarcasm, personification and hyperbole. The book breaks down the definition of a poem, structure of poems, types of poems, and figures of speech.

"I also used the standardised words and the new spelling and orthography rules recommended by the Pan South African Language Board (PanSALB) in line with Xitsonga," he said. “Now I want to do more, because I’ve seen that I can do it.”

Hlungwani is not new to publishing. Two of his poems were featured in the ninth annual Sol Plaatje European Union Poetry Anthology in 2019. He was also steward of a well-known Xitsonga anthology, I Ndlopfu Ya Hina, where he graced the book's pages along with six other poets last year.

Hlungwani forms part of an initiative, the ReadWritePublish programme, that promotes indigenous self-publishing. He said that he was looking forward to publishing more books in African Languages, so that people could access and read them. "My publishing house is going to focus more on African languages books and other materials," he said. 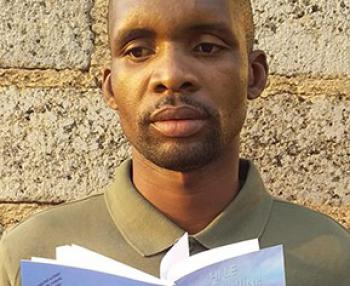