Phathutshedzo “Mickeyblack” Munyadziwa (19) is a versatile singer who is passionate about making music that speaks to the people.

“I was in the sixth grade and singing at a school gathering one day. Everybody cheered me and I felt different from that day,” she said and recalls that from that moment she just knew she wanted to become a singer.

She joined the choir at Liivha Combined School, where she was given the opportunity to lead in some of the songs. “I led the choir in the national anthem, as this was our school’s prayer every Monday and Friday, and it felt really good,” she said.

She was also a member of the Calvary Christian Church’s youth choir, and at Fountain of Bethesda Missionary Church at Ha-Manavhela. “Here I became the lead singer for the youth and worship team,” she said.

In 2019, Mickeyblack became a vocalist in Van Gee Beatz’s music projects. “Van Gee Beatz has so far been a great help in my music career in that, when he grooms me, he gives his all energy and attention,” she said. “His professionalism makes me feel comfortable to get lost in the music.”

Music is the only thing that brings meaning to her life, restores lost hope, and adds a taste to life. “Many in our country go on and on about the crime, corruption and the Covid-19 pandemic. I believe that music, with the right combination of lyrics and sound, can truly change people’s perspective of all the negative aspects and channel one’s mind to be passionate about one’s future.”

Mickeyblack is motivated by the love and support she gets from her fans. Lady Zamar is her great inspiration. Her song Nothing Better has earned her great respect as a talented musician. “I was nervous about how people would respond to the song, but then they loved it, and that is so important to me as an artist,” she said. “I’m really happy to know that I’m appreciated for my music out there.”

Mickeyblack is currently working on a music video for Kwanele. She can be followed on Instagram (@Mickeyblack) and Facebook (Mickeyblack official). 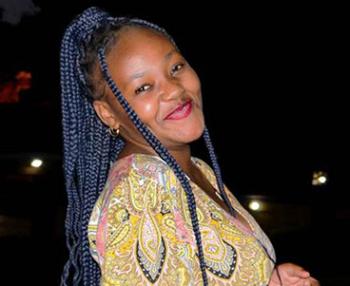