South Africa and the rest of the world woke up to the sad news on 20 March that Azwimpheleli Gerson Magoro, an internationally acclaimed sculptor, had died.

Magoro, affectionately known as Azwi or Pheleli, was born on 2 September 1966 at Muledane village near Thohoyandou. Magoro started carving as a young herd boy who grew up observing nature from the wilderness and the homes of his Tshivenda culture.

“I learnt to observe nature carefully and enjoyed hunting. It was already during those years that I studied various kinds of wood in the mountains in Venda and started to playfully carve my first cooking spoons, knives, [and] birds. My tools at that time were self-made chisels, fashioned out of sharpened bicycle spokes and screw drivers,” he said.

After four years in the bushes (between 1976-1981), he decided to go back to school, starting in Standard 3. He particularly enjoyed the art classes. “I started to prove myself in arts and crafts periods,” Magoro said in his short artist bio-data piece. “Although I finished Standard 10, I did not continue any formal art training.”

Of his art Magoro said, in summation: “I want to express through my sculptures the roots of our cultural heritage and to remind people of our rich tradition and history.”

Magoro started to exhibit his work at events hosted by the Vhavenda Art Foundation at the Thohoyandou Hotel, and later in Ditike. Clive Menell, chairperson of the Anglovaal Mining Company, was especially impressed with Magoro’s art, and would go home with a handful of his work whenever he visited Vhembe.

In the late 1980s, Dr Ronald Carter, a North Carolina native, visited Vhembe and bought various local artists’ work, which filled a whole container. Among these handmade crafts were some of Magoro’s creations. In 1995, Magoro, along with SA’s other most prominent artists, participated in the Johannesburg Art Biennial held in Johannesburg. “That was when Magoro gained international exposure,” Avhashoni Mainganye said.

“In 2009, the Department of Arts and Culture held its national arts awards, in which Magoro was announced overall winner for wood sculpture, and that paved the way for him to be selected for the World Wood Day Competition, which was held in Tanzania in 2013. The next leg of this competition was later held in China (2014), where he brought home the International Wood Carving Award.”

Magoro’s international success included an invitation to Turkey, where he participated in the World Wood Bridge Construction Project under the banner of the Isle of Wight County Schools. “This artist was so influential that he convinced the World Wood Day organisers to come to Durban, South Africa in 2015, where he was one of the judges in the ‘Wood Is Good Competition’,” said Mainganye.

Mainganye said that the world should find solace in the works Magoro had left behind. “It is only through the appreciation of his art that his legacy can be truly cherished and preserved. His immediate community would miss his services; either as a transport provider or cutting down overgrown trees in their backyards,” Mainganye said. “U tshimbile zwavhudi muduhulu wa Vhambedzi (farewell, grandson of the Vhambedzi clan).”

Magoro’s memorial service was held at the Thohoyandou Arts and Culture Centre on 26 March, and he was laid to rest at Muledane Burasisini cemetery on Saturday, 27 March. 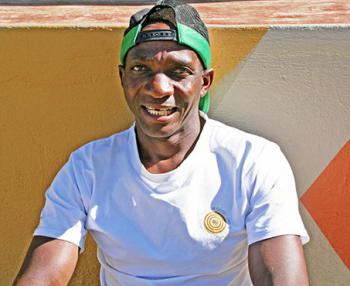 The late Azwimpheleli Gerson Magoro made a name for himself as an internationally acclaimed sculptor. Picture: Madi a Thavha.