The arrest of former Orlando Pirates player Tonic Chabalala on Monday sent shockwaves through the local sports fraternity. Chabalala is well known in the Vhembe District, and his foundation staged a very successful soccer tournament in Malamulele two weeks ago.

Chabalala appeared in the Specialised Commercial Crimes Court in Palm Ridge, Gauteng, on Monday. He had allegedly defrauded the City of Joburg by creating requests for quotes (RFQs) for companies that had been awarded tenders. Chabalala did not work for the municipality but ran his own private business.

The State alleges that Chabalala had colluded with City of Joburg employees, who helped him create the RFQs that led to tenders’ being awarded to select companies. In some cases, duplicate invoices would be created, and double payments would be made.

Chabalala was released after paying R4 000 bail and the case was postponed until 12 July. More arrests are expected to follow in connection with the alleged fraud.

The 43-year-old former soccer star started his football career with the amateur side Langutani Blue Birds FC in the late nineties. His first professional side was the now-defunct Dynamos FC, which he joined at the beginning of 2003. Although his contract with Dynamos expired at the end of 2004, Chabalala featured in 110 games for the Giyani side.

When his contract with the Kwazulu-Natal side expired at the end of 2009, Chabalala decided to move back to Giyani, where he re-joined Dynamos FC the following year. He retired from professional football at the end of September 2010.

Born in Giyani on 25 April 1979, Chabalala registered a non-profit organisation of his own called, TR Tonic Chabalala Foundation, in October 2018. The foundation gained popularity after receiving a donation of soccer equipment to the value of R20 000 from Khoroni Hotel and Convention Resort in October 2020. 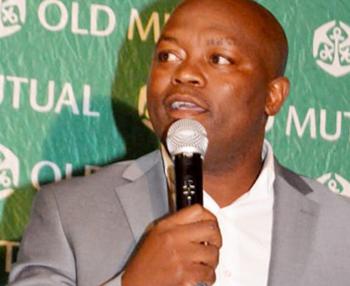