Despite a brilliantly played 100 not out by Louis Trichardt batsman JP Coetzee, his efforts were not enough to secure the home side a victory in their provincial Impala Cricket League clash with the PanSolution Eagles from Polokwane.

Louis Trichardt enjoyed the home-ground advantage when batting first at the Louis Trichardt Oval on Sunday, 14 November. The home side’s innings, however, got off to a somewhat shacky start with opener Nimesh Watekar getting dismissed for one run off nine balls, while Amir Bux Saif struggled to 25 runs off 60 balls before getting bowled. AJ Fourie struggled to scrape together 12 runs off 29 balls.

Louis Trichardt’s chances, however, started looking a bit better when Coetzee walked to the batting crease, finishing on a not-out score of 100 runs off 112 balls, which included seven fours and five sixes. At the opposite end, Dewald Joubert contributed 17 runs off 15 balls, while Salman Patel hit 15 runs off 46 balls. Among the rest of the tailenders, only Juan-Michael Phillips managed double figures of 10 runs off 10 balls, with the team finishing their innings on a score of 233/9 after 50 overs.

Eagles team opener Theo Janse van Rensburg got his team off to an excellent start, hitting a quick 74 runs off 51 balls in an innings that included nine fours and three sixes. Fellow opener Pieter Haasbroek was less fortunate with the bat, contributing only one run after 12 balls. Adolf Swanepoel, however, slowly got the team back on track with 22 runs off 37 balls, after which a couple of “cheap” wickets, those of Charles van de Walt (8 runs off 14 balls) and Sias Willemse (0 runs from six balls), had Louis Trichardt sniffing victory again. This was not to be, with Morné Venter in at number six keeping the scoreboard ticking over with 63 runs (not out) off 67 balls. Chris Mohale added 17 runs off 30 balls, while Hanno van Zyl played carefully for his 18 runs off 77 balls. The batsmen’s contribution was enough to steer the Eagles to victory, scoring the winning runs of 234/6 in the 49th over, thus winning the game by four wickets.

This coming Sunday, 21 November, Louis Trichardt will again enjoy home ground advantage when they come up against the BB Motors Hornbills Cricket Club. This 50 over game will start at 10:00. Spectators are welcome. 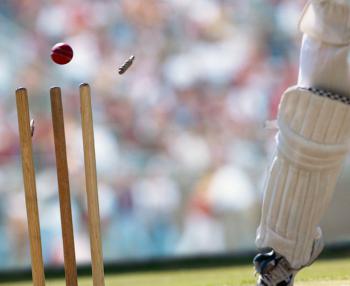