Wanga Mudau, musically known as Black Dee, is soaring higher as a talented artist who has been in the industry for some time.

A resident at Magau village in the Sinthumule area, Black Dee is an artist-cum-producer whose aim as an artist is not just to churn out vibey music and then the matter ends there. He aims to continue to release music that makes a massive impact in the industry and spreads motivational messages within South African communities.

“My goals or mission as an artist is not only aimed at selling my music or my studio but promoting young and upcoming artists who are not only led by fame, but are hungry for genuine music,” he said. “As a singer, I have learnt to give an ear to different genres, an expertise that also comes in handy when I get to work with other artists in the studio.”

Just like any other youngster with ambitions, Black Dee’s enduring love for music has seen him spend plenty of his time trying to make some sweet melodies on his android phone. “That was being innovative, in a way,” he said. “I was doing it for fun, and, of course, for the love of music.’

His journey in the music industry was given a boost in 2016 when he managed to set up a studio of his own at his home. “In my basic studio at that time, I managed to record an extended play (EP), entitled Vhusiwana,” he said. “Well, the EP never went viral or became as popular as I wanted it to be, but because of my very own ambitions, I kept on hustling, just like any ordinary upcoming artist and managed to release my EP, Bekezela, professionally.”

Bekezela was officially launched and released with the help of Future Stars Media on 1 January 2020. It comprises eight tracks.

“To me, music is more than just making melodies for people to hear but also to proclaim that, indeed, music is life,” he said. “I aim to keep the legacy as an artist with my music, so that tomorrow’s youngsters should also believe in the arts and know that music is art and art still exists. As we all have our careers, music is my career and part of my life. I am a self-recorded and -produced artist, signed under Future Stars Media, and managed by my manager, The Diamond Voice,” he said. 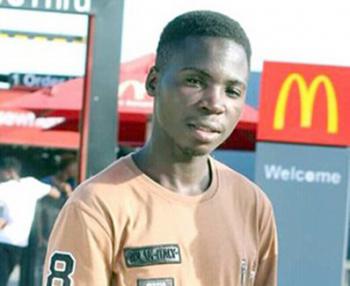