Rotenda Gavhi is one of the Top-30 finalists of the National Library of South Africa’s Poetry Slam Competition.

Rotenda told Limpopo Mirror that she had fallen in love with poetry when she was still in school. She was influenced by language teachers to whom she had always read every piece that she wrote.

“They would read to the whole class, and that alone gave me enough confidence about my talent,” she said. “Every time when I feel so sad or down, I just hold a pen and bleed on paper. Writing has become my number one hobby and, of course, a friend dear to my heart.”

A resident of Duvhuledza, she stated that “poetry is an art of engineering” that allowed her to construct her own universe with words. “To me, poetry means healing; it has the power to heal the heart, mind and soul,” she said. “It's something that completes the incompleteness of the soul, the power to give hope to the hopeless is in the palm of poetry.”

She said that she would like to use her poetry to impact the lives of those in disadvantaged communities where writing is not taken seriously. “Some gifted poets who do not know yet that they are poets tend to ignore the call, due to the lack of influences,” she said. “So, with this given talent I want to inspire the youths in my community to engage in it, rather than focusing on useless things such as drugs and abuse. I'm willing to mentor young girls who are interested in writing either short stories, poetry, or even novels.”

Rotenda’s poetry has appeared by the FunDza Literacy Trust, the AVBOB Poetry Competition and some other online platforms.

“A friend of mine mentioned me in Facebook posts of the official NLSA page, where I got interested and decided to enter the competition. The requirements were only for South African citizens aged 18 to 35.”

This young poet looks forward to achieving more in her literary work. “Well, as a young poet, I still have lots to achieve. I'm still going to write and publish more of my work,” she said.

Rotenda is an accounting sciences student at the North West University, Ambassador of the New York Academy of Sciences, graphic designer and one of the directors of BeThatGirl. 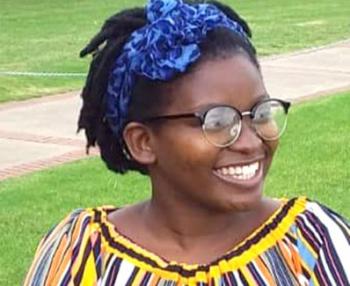