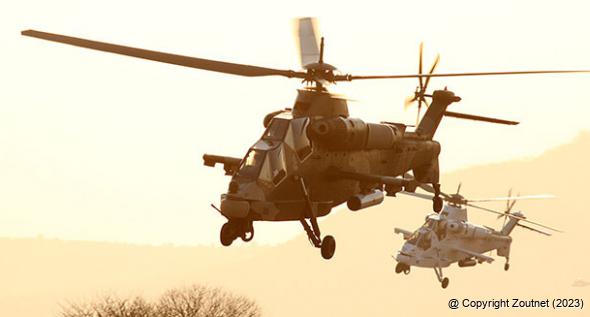 During the annual air-capability demonstration of the South African Air Force (SAAF), the national defence force had the opportunity once again to showcase their fire power at the Roodewal bombing range.

The demonstration on Monday was open to the public and school children, who stood in awe as the Gripens, Hawks and Rooivalks launched rockets and bombs onto the range. The annual (formerly biannual) demonstration is designed to highlight the SAAF’s air capabilities and  support operations in peacetime  and to display its collaboration and inter-operable capabilities with other South African National Defence Force services.

Roodewal is one of the few places in the world where weapons can be safely expended a mere seven minutes after aircraft have taken off.

All the while, a Cenna Caravan provided air support and camera surveillance of the “battlefield”. Next, a Gripen surveyed the battlefield and having been targeted by anti-aircraft defences, released flares. Then there was a simulated dogfight between a Hawk and two Gripens.

Next, two A109-helicopters inserted troops close to the front defence lines after one was “shot” down by enemy forces.

During the ground battle, two Rooivalk combat helicopters provided air support and fired 70mm FFAR rockets at enemy targets. The main ground section of the exercise saw Oryx and A109 helicopters insert troops and equipment, with the ground soldiers firing assault rifles and mortars at the simulated enemy.

A “downed pilot” and other ground troops who were “severely injured” during the insertion and A109 that was gunned down, were airlifted and rescued by a medivac team in the Oryx helicopter. The pilot’s injuries were so severe that they necessitated a stretcher-bound extraction.

On the ground, however, the “battle” raged on. The Hawks and Gripens returned to fire 30mm cannons and dropped bombs, which sailed hundreds of metres over the range and wreaked havoc on the enemy targets.

After successfully defeating the enemy, the demonstration was concluded with a flypast by all the participating aircraft, with spectacular flare releases from the Gripen and two Oryx Helicopters.

Senior officials said afterwards that the air-capability demonstration was a chance for the public to see air power at the strategic and operation levels of war and showcase how air power was applied. They encouraged the school children in attendance to pursue a career in the armed forces.