“Mr System”, as Magwala was affectionately known, died peacefully at his home at Madabani. Magwala, a teacher by occupation, was known for his efforts to help develop young soccer players. During his heydays he coached Jumbo Powerline. He worked at the Sinthumule Football Association until the soccer association merged when new municipal demarcations came into place.

The former secretary of the Venda Football Association and Great North East region, Mr Ronald Makhadi, said that he was very shocked to hear about the death of Magwala. He said that the area had lost one of its pillars who had always been working hard for the development of the local team. “We were all shocked when we heard of his untimely death. (During his playing days) he could play any position and his rare soccer skills will be missed by all of us,” said Makhadi.

A family member, Mr Papic Magwala, said that the family was proud to have produced “one of the most valuable members of the community.” Magwala said that Daniel had played a big role in uplifting the standard of soccer and education in the local community. “We are saddened by his death, but we will have to accept it, because God’s will had been done. May his soul rest in peace.”

Mr Peter Mphaphuli, who worked with Daniel Magwala during his term as soccer administrator, described Magwala as a community builder and educator “who was larger than life.” “He was always there when we needed him. Now that he is gone, we are afraid that no one will ever fill his shoes because he is irreplaceable. We used to visit him even during his last days and he could not stop talking about soccer,” he said.

The former president of SAFA, Mr Kirsten Nematandani, said that the football family had lost one of its pillars, someone who had always been working hard towards the development of the soccer. “The whole region was shocked when we heard of his untimely death. We have been with him for many years.”

Magwala will be buried on Saturday at Madabani cemetery and the service will start at 06:00 at the family’s home. 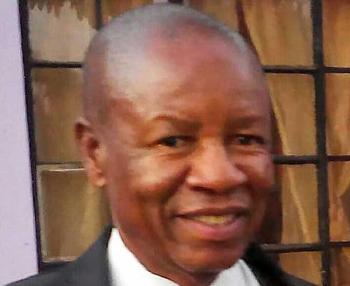