Unrest in Kutama after football star is stabbed to death

The violent death of a young soccer player from Maebane sent shockwaves through the community the past week and caused widespread unrest. Earlier this week, roads leading to Midoroni and Maebane were barricaded with rocks, scrap metal, dustbins and pieces of wood and trees. Tyres were also set alight to block access to some areas.

The 24-year-old Masala “Mageda” Ramashia (24) was stabbed to death on Saturday at Maebane. Mageda was one of the star players of Makhitha Runga Birds, a team playing in Stream E of the SAFA Vhembe MMK Administrators league.

Mageda was allegedly killed by someone who is wanted in connection with various other cases by the police. An eyewitness alleges that the suspect found Mageda and chased him until he fell, after which he stabbed him to death.

A community member said that the suspect was giving the community sleepless night because of his crime sprees.

On Monday, angry community members of Midoroni and Maebane went to the house of the suspect and set it alight because they felt that the police were reluctant to arrest the man. The following day, the community also started blocking the R522 main road between Maebane and Midoroni.

The family spokesperson, Mr Itani Ratshibayi, said the incident had left them with many unanswered questions. “It is very difficult to accept the death of a healthy child whom you last saw a few days earlier. We sometimes just feel it could not have happened to our child, but we know it was his day,” he said.

Ratshibayi said the family was heartbroken. “There are things that we as human beings cannot change. We all have to accept those things and go on with life,” he said.

The manager of Makhitha Runga Birds, Mr Funi Thonga, said that he was very shocked to hear about the death of Ramashia. “This is a huge shock and totally unexpected,” he said. He added that they had lost a young, energetic player who was enjoying football. “The whole team will have to undergo counselling,” he said.

According to a man who developed Ramashia’s skills from a young age, Mr Thanyi Phadziri, it would be difficult for the team to continue after the death of their star striker. “Every team that clashed with us in the past always had a problem containing Ramashia. Local soccer fanatics will remember him for his scoring skills, which made him an instant hero in the area,” he said.

The secretary of SAFA Vhembe, Mr Eric Muneri, said that his association was deeply saddened by Ramashia’s death and he sent his condolences to the family. “News of this nature is heart-breaking, and our thoughts are with the family and fellow team members,” Muneri said.

Thovhele Vho-Kutama called on residents of the area to stay calm. He requested community members who might have information regarding the case to contact the police. He appealed to the community to leave the school pupils alone to go school.

The spokesperson for the SAPS in Limpopo, Col Moatshe Ngoepe, said that they had opened a case of murder and they were still looking for the suspect, who had apparently fled. He called on the community at large to remain calm and not to take the law in to their hands.

Ramashia will be buried in the Midoroni cemetery today (Friday) and the service will start at 06:00. 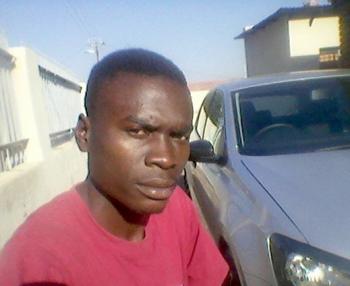