“Phenomenal” Tshau is putting her village on the map

A 24-year-old, self-taught, published author, Tshauambea Ramukumba from Dzingahe, is making moves in the pageantry world and this has just become apparent with her nomination in the Miss Phenomenal SA 2019 competition.

The pageant's title actually describes Tshau very well. She is a phenomenal woman whose literary output had set her up on a social pedestal after the release of her debut book, Shades of Shock.

“I had always wanted to print my foot on the universe's fabric since I didn't wish to walk this universe without leaving an indelible mark of motivation, inspiration and achievement,” she said. "Now, as a finalist in the Miss Phenomenal SA 2019, I am really putting my village on the map."

She indicated that she learnt about Miss Phenomenal SA via social media and decided to visit their website for more information, which encouraged her to enter the pageant. “I had entered the pageant because of the catchy line where it spoke about a phenomenal woman because this very woman was me,” she said. “I am a phenomenal woman who treasures her thoughts and ideas very much. I believe in my capabilities and abilities to do better than yesterday. I have dreams and morals.”

She had attended the pageant's auditions in Pretoria, where she managed to make it into the semi-final leg of the pageant.

“I managed to reach the finalist stage, and now my eye is on the crown,” she said. “As part of the pageant, we also do some charity work within different communities and I am good at that because I have been involved in that kind of community work from early on in my life.” 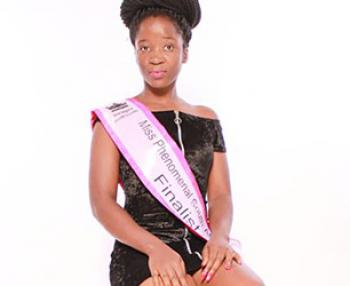 Tshauambea Ramukumba is quickly making a name for herself and putting her village, Dzingahe, on the map.