As Women’s Month drew to a close, one extraordinary woman’s life was celebrated in death.

The late Vhakoma Vho-Tshinakaho Thizwilondi Khangale (80), who was hailed as a strong-willed and fearless woman, was given a royal burial during a funeral held at her home at Dzwerani Hakhangale.

The funeral was attended by, among others, traditional leaders, family members and many community members and took place on Sunday.

In true Venda tradition, maidens clad in traditional Venda attire and holding traditional baskets (mifaro) were the order of the day.

Speaker after speaker at the funeral spoke of the good the old woman had done. Her daughter, Chief Nduvheni Khangale, said she would never forget her mother as she was everything to her and the family.

"My mother was a fearless woman who stood her ground when it came to the truth. She was our pillar of strength in the family. She loved us all and was very protective and I am just happy that she lived to see my success, but she will remain in my mind forever," she said.

Vhakoma’s niece and well-known cultural champion Ms Livhuwani Ngwana described her as a fearless woman who would not keep quiet when things were not going right.

The late granny’s cousin, Ms Munzhedzi Tshikhudo, said she was lucky to have seen her before she had passed on. “I was here in this village attending a funeral when I thought of visiting my cousin. She was so happy to see me, even though she was not well. We shared fond memories of the past and I promised to come and see her. It is just unfortunate that it will not happen as she is now gone. We will miss her as a family,” she said.

On behalf of Thovhele Ndaedzo Nelwamondo, Khotsimunene Vho-Muvhango Nelwamondo called for unity in the family. He told those gathered that it was not possible for all of them to be leaders and that each one of them should know their rightful place in the family.

Vhakoma Vho-Khangale was born at Ha-Mashau Vhafamadi in 1939. She lost her mother at the age of five and was taken care of by relatives. She married the late Vhamusanda Vho-Daniel Khangale and they had a daughter, Ms Avhasei, who later became the first female chief in the family. 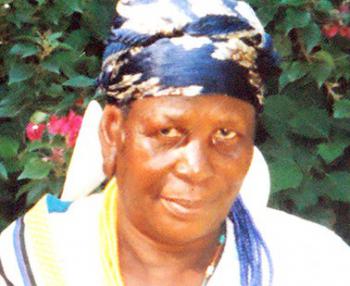