The district is mourning the passing away of a prominent businessman and former minister of the Zion Christian Church's Venda district, Vho-Makatu Lucas Mulaudzi (88).

Mulaudzi, who was popularly known as “Vho Tshedza”, was born at Phawe in Tshivhodza. He was the last-born of the late Vho-Nyadenga Johana Mulaudzi and Vho-Davhivhi Frans Mulaudzi.

He passed Standard 6 at a school in Moroka, Johannesburg, and went on to work at a firm that manufactured candles, after which he joined another company that dealt in nylons.

Vho-Tshedza married his first wife in 1956 and relocated to Chiawelo in 1958. During this time, he was employed as a supervisor and driver for the country musician Jim Reeves during his visits to South Africa, until Reeves passed away in 1964.

In 1963, he built another home at Tshisahulu village, and started venturing into the world of business.

“He started by ferrying people and their belongings from Gauteng to Venda, a business that was lucrative at the time,” family spokesperson Vho-Joyce Nemavhandu said.

“He then started another business, that of a taxi owner, whose taxis operated between Sibasa and Tshakhuma. He opened up a brickyard at Tshisahulu and bought many trucks and TLBs. He built many houses that he sold in Shayandima.”

He added a filling station at Manavhela village and a café at Dovhoni in Pietbooi to his empire, and also became a farmer who had countless heads of cattle, goats, horses and mules.

“Vho-Tshedza was a staunch member of the ZCC, who worked closely with the late Honourable Bishop Edward Lekganyane,” Nemavhandu said. “He was also an interpreter during the church's mass conferences. Many years after, the Right Rev Dr BE Lekganyane appointed him into the position of a minister for the Vhembe District. During his time as minister, he visited many traditional leaders and asked for spaces of land to build churches right in the places where people would easily access them.”

Vho-Tshedza was popular among Vhembe residents and beyond because of his love of people. He is survived by his three wives, children, grandchildren and great-grandchildren.

He will be laid to rest at Tshisahulu village on Saturday at 06:00. 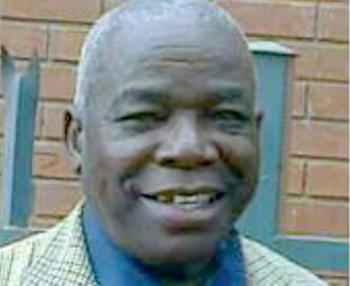 Vho-Makatu Lucas Mulaudzi, who was popularly known as "Vho Tshedza", was loved by all people. Picture supplied.