Tshivhase clan do not support withdrawal

The Tshivhase royal family caused a stir this week by distancing themselves from senior traditional leaders who want to break away from the provincial and national houses of traditional leaders. From the press release issued, what seems very clear is that the Tshivhase council does not support Toni Mphephu Ramabulana’s efforts to be reinstated as king of the Vhavenda.

Last week, several senior Vhavenda traditional leaders criticised a report filed in court by the Limpopo House of Traditional Leaders (LHTL) and the National House of Traditional Leaders (NHTL). The two houses were instructed by the Supreme Court of Appeal to submit a report to the Limpopo High Court to provide clarity on matters concerning the Venda kingship succession battle. Among the findings made by the two houses is that a Ndumi cannot become king. Toni Mphephu Ramabulana was appointed as Ndumi, something which the two houses reckon disqualified him as a successor.

The Vhembe traditional leaders disagreed with the report and especially the manner in which it was compiled by the two houses. In protest, the group vowed to break away from the two houses.

This week, the Tshivhase royal council, under the leadership of Mailausumbwa Midiyavhathu Kennedy Tshivhase, released a statement wherein they distance themselves from the group of Vhavenda senior traditional leaders.

“We distanced ourselves even during his (Toni Mphephu’s) inauguration in 1998 as it is a taboo in the Vhavenda custom and tradition for the Ndumi to be declared a rightful heir to the throne, instead of being a regent on behalf of the rightful heir,” said the royal council’s spokesperson, Musanda Vho-Luvhaivhai Tshivhase. “The Tshivhase dynasty is the custodian of the Vhavenda custom, culture, tradition and language and therefore we cannot move away from those principles,” he added.

Tshivhase explained that the traditional leadership “flows like a river. It doesn’t make a reverse, but moves forward,” he said. He said that they don't support any form of a corrupt succession process, “because doing that would be revising our customs and traditions”.

In response, Thovhele Vho-Nthumeni Masia, the Venda Executive Councillor, Communication, Government and External Relations, said that the council of senior traditional leaders in Vhembe took note of the sentiments expressed on behalf of the Tshivhase royalty. “We would, however, urge all who have interest in this matter to give space to the unfolding legal process before our competent courts”.

“Further than this, we are of the view that the Tshivhases, by virtue of being of the same descent as the Mphephu royalty, should consider engaging in dialogue with their brothers on this matter honourably, even if they may not necessarily agree,” he said.

Masia said that their common interest was that royal families should be afforded space to decide on their own affairs. Where it is possible or practical to persuade each other on issues as a clan, and in this case, the Masingo, that would be respected.

“It is our view that the time has come for us as royalty to make use of our energy in rallying the Vhavenda people behind what matters most, so that they develop like other nations in the country, continent and the world. Our subjects expect much from us as opposed to throwing stones at each other,” he said. 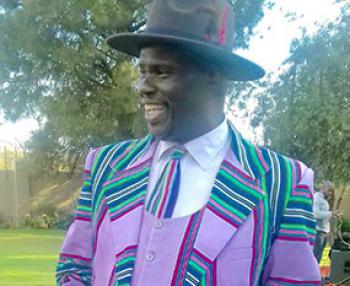