Officials of the Collins Chabane Municipality are being accused of paying a service provider R900 000 without any service being rendered. The EFF and SANCO are calling for action against the officials.

The secretary of the EFF in Vhembe Region, Mr Dunani Baloyi, said that the party had learnt with great dismay and astonishment of the report of the Auditor General that R900 000 had been deposited into the account of a service provider who had not rendered any service to the municipality. “It is highly improbable that the municipality can mistakenly pay money to someone who is not employed by the municipality, and therefore the EFF calls on the municipality to act decisively and take action against the officials concern[ed] with immediate effect,” Baloyi said.

Mr Thomas Manyisi of Sanco said that his organisation was disappointed to learn of the transaction. He further stated that, since 2018, the municipality had been paying more than R200 000 a month to two municipal managers. “One is sitting at home (suspended) while the other is acting,” he said.

He called for an immediate investigation into allegations of corruption, maladministration, and other malpractices at Collins Chabane Local Municipality.

The Collins Chabane municipality’s spokesperson, Mr Isaac Nukeri, said that they had mistakenly paid one company instead of paying another company. He confirmed that the company in question had already paid back R300 000. 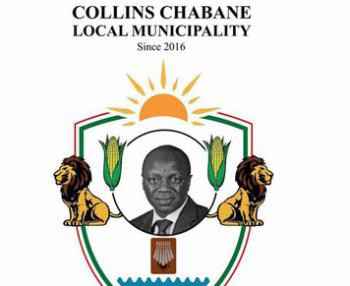