“The municipality’s actions in not answering is deplorable”

The Covid-19 outbreak continues to disrupt every aspect of everyday life, and this week brought the news that the Makhado Municipality and Makhado Fire Station had to be closed after staff members had tested positive for the coronavirus.

Makhado municipal spokesperson Mr Louis Bobodi issued a statement on 25 July that the municipal offices would be closed from Monday, 27 July, until Monday, 3 August. He indicated that this would also affect the Dzanani and Waterval regional offices. “This is due to a Covid-19 case that has been reported. Offices will be opened again after all Covid-19 protocols have been completed and complied with,” said Bobodi. He added, however, that essential services such as waste removal, electricity and traffic would still be rendered.

A day later, the Vhembe District Municipality issued a statement announcing the immediate closure of the Makhado Fire Station in Louis Trichardt after two of its employees had tested positive for the coronavirus.

The closing of the municipal office left many residents frustrated, especially after the sudden rain that fell during Monday evening/Tuesday morning. This caused the transformer on the corner of Erasmus and Douthwait Street to trip, leaving several households without power since about two o’clock on Tuesday morning.

Initially, the power outage did not cause much inconvenience, but when the electricity was still off at 11:00 residents, became frustrated. “We were without power (the block between Douthwait, Songozwi, Anderson, and Erasmus) since 2 a.m. this morning. I did not want to disturb the Dorpswag because it is not an emergency and I tried the Fault Reporting Number. However, as per notice above the municipality offices are closed so I TRIED REPEATEDLY to contact the above number for Electricity, without any success. It just beeps. I contacted the Dorpswag and they were able to make contact via private numbers. Basically, without the Dorpswag assistance, I do not know what we would have done,” wrote one irate resident on a local social media platform. “The municipality’s actions in not answering the emergency electricity fault-reporting number is deplorable,” said the irate resident. Many others had similar complaints.

The irate resident was referring to a notice issued by the Makhado Municipality that indicates the emergency numbers to phone for fault reporting regarding electricity, waste removal, and traffic. The numbers listed were Mr Humbulani Tshivhula at 082 402 8439 for waste removals, Mr Stanley Ramadwa at 082 590 8270 for electricity and Mr Bernad Mokiri at 078 802 9412 for traffic.

The newspaper informed municipal spokesperson Mr Louis Bobodi of the complaints and asked him to confirm the emergency numbers provided by them. In response, Bobodi indicated that all the numbers remained the same, except for the contact person regarding electricity. The new person listed is Mr Aron Tshikovhi at 082 082 2389. Asked why Mr Ramadwa was no longer the responsible person, Bobodi said Ramadwa had gone on leave on Tuesday, which might explain why he was not answering.

In addition, Bobodi said that those who had booked for driver's or learner's licences on allocated dates from 27 July tot 31 were requested to go and get new appointments dates at the Makhado Testing Grounds at the corner Krogh and Rissik Street on Monday, 3 August. He also indicated that, should people still experience problems in reporting electrical faults, they could also phone the acting manager of electrical services, Mr Thomas Matodzi, at 083 677 6362.

As for the Makhado Fire Station, the VDM issued a follow-up statement indicating that the station was due to re-open on Wednesday after all the necessary Covid-19 protocols had been observed and completed. 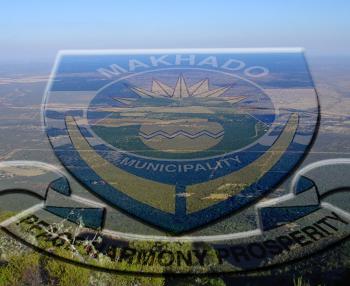