Tshikovha-Mulaudzi was “a true traditional healer”

A well-known traditional healer and farmer, Joseph Tshikovha-Mulaudzi, died on 13 January in a private medical centre in Thohoyandou after a long illness.

Tshikovha-Mulaudzi (84) was described as a selfless person who cared about people. He had a passion for work as a traditional healer and spent most of his time taking care of ill people. He inherited his healing powers from his late father, Jan Mudzielwana.

One of his daughters, Jane Mulaudzi, who is also the head of the Department of Transport and Community Safety in the Limpopo Province, said that her father had started practising as a traditional healer at a young age as he was sent by his father to fetch herbs.

Jane said Tshikovha-Mulaudzi had practised as a traditional healer since 1952, soon after the death of his father. He practised with his brother, Elias Tshikovha-Mudzielwana, who lives in Vuvha village near Guyuni in Ha-Rammbuda.

“He went to stay in Thembisa, Gauteng, and started practising his given ancestors’ work independently with his brother and became a popular traditional healer in Gauteng during that time. He bought a shop in Klein Tshipise Tsha Sagole in 1975, and continued with his healing work in Venda, where people from Gauteng, who needed his healing powers, followed him to Tshipise. In 1980, he decided to become a permanent resident of Tshipise village with his family,” said Jane.

According to Jane, her father became a very strong traditional healer who healed different types of illnesses and specialised in healing people who were mentally disturbed. He also trained many young people (matwasana) to become fully fledged traditional healers.

“Most universities used to send students to do research on the traditional healing process, including students from as far as America, Swaziland and around South Africa. He was a selfless person who spent most of his time taking care of the ill and those with personal problems and was also awarded as the best traditional healer in South Africa by the National Heritage Council,” Jane added.

Tshikovha-Mulaudzi was also a farmer. He had a fruit orchard and cash crops and was supplying tomatoes and muringa to stores.

The president of the Vhembe Traditional Healers Association, Mbilivhili Neluvhola, described the late Tshikovha-Mulaudzi as a true traditional leader, whose work was guided by his ancestors and who used traditional herbs for healing his patients.

Tshikovha-Mulaudzi was buried in a sacred place (Zwiendeulu in Vuvha Ha-Tshikovha) on Sunday, 17 January, under strict Covid-19 regulations. He is survived by his five wives, 30 children and 63 grandchildren. 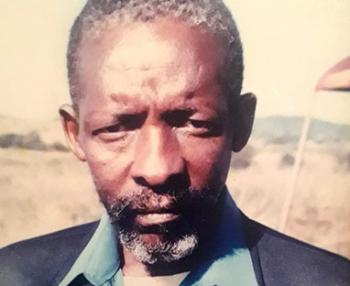