Shockwaves rippled through the entire Vhembe District with news of the death of the well-known former goalkeeper and trainer/coach of Madombidzha Arsenal, Emmanuel “Olly Onyango” Ngwana (32), who died in a car accident on Wednesday night, 21 April.

According to provincial police spokesperson Brig Motlafela Mojapelo, Ngwana was travelling with other people in a bakkie on the D959 Road between Madombidzha and Makhado Air Force Base when the driver tried to avoid timber falling into the road from a delivery truck in front of them. The truck allegedly had no working lights. The bakkie capsized on the side of the road and Ngwana and Rambelani Nwedo (31) were killed, while five more passengers, including the driver, were injured.

The five injured passengers were rushed to the Louis Trichardt Memorial Hospital for medical treatment. They were later discharged.

Mojapelo confirmed that a case of culpable homicide had been opened. The exact cause of the accident is yet to be determined.

The ‘Road of Death’ between Sinthumule and Kutama has now claimed 15 lives since October 2019. Communities have been complaining about the state of this road, with its dangerous potholes, for a long time. Re-construction thereof started two months ago, yet in the last month alone, five accidents occurred between the D959 and D3715 roads, killing three and injuring 12 people.

Mr Fhatuwani Ngwana said the members of the family were heartbroken. “There are things that we as human beings cannot change. We all have to accept those things and go on with life,” he said.

The secretary of Madombidzha Arsenal, Mr Trinity Tshivhula, said that the football family had lost one of its pillars. “We were all shocked when we heard of Ngwana’s death,” Tshivhula said.

Tshivhula described Ngwana as a ‘brave’ former player who helped the young and who was loyal to the team and to his fellow men. He emphasised that Ngwana was a fallen hero who had always been involved in the development of soccer. He said that everyone was in deep mourning over Ngwana’s death.

Soccer fans will remember him for his excellent goalkeeping tactics. Tshivhula said it would be difficult to replace Ngwana, as he was extremely dedicated to his career.

Ms Tshililo Nwedo said that losing someone you loved was painful, and that the loss was still difficult to deal with. “We understand and accept that our beloved child is gone, but it will be very hard to live without him. We wish to acknowledge the community’s support since we received the bad news and thank everyone. God has done his will,” she said.

Nwedo will be buried at Tshiozwi today (Thursday, 29 April) and Ngwana at Madombidzha on Saturday, 1 May. Both funeral services will start at 06:00. 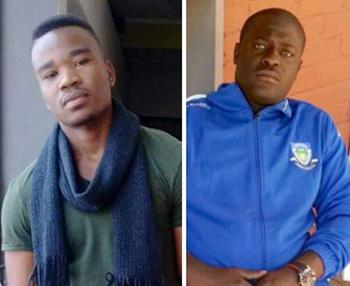