Body of another murdered villager found

Rural communities in Vhembe are left with a sense of growing fear after yet another body was found sprawled next to the road near Ha Matsa village on Sunday morning.

The remains of the deceased, identified as George Ramalamula (57), were discovered by one of the villagers. Ramalamula had deep wounds to his head and was lying in a pool of blood. He was a resident of Ha Matsa and known to the community.

Limpopo police spokesperson Brig Motlafela Mojapelo said they were investigating a case of murder. The motive for the killing is still unknown.

The incident adds to the fast-increasing murder statistics in local villages over the past few months and the fear of who might be next.

A resident at Ha Matsa, who asked to remain anonymous, said that they had heard noises and cries at around 02:00 in the morning. “There was a commotion going on outside, and a man pleading for mercy. We could not go out and help or see what was happening. Crime is rife in the village, and we don’t go out at night, for fear of being attacked and robbed. We were shocked when a body was found and surprised that it was someone known in the village,” he said. “We have a big problem regarding crime here in the village on our hands. We have to stand united against this scourge. Together, the community and police can win this war,” he said.

Ms Mpho Ramalamula, a niece of the deceased, told Limpopo Mirror that she had received a phone call from someone who had told her to hurry to the streets, because “something bad had happened”.

“I ask myself a lot of questions. What did my uncle do to these cruel men to make them kill him? I hope they get arrested, so that they can answer those questions. I want justice for my uncle,” she said. “He died like a criminal or gangster, and he was a decent and respectable man. We want the police to get these criminals and see to it that they go to jail.”

The police are making an appeal to anyone with information that can help in tracking the suspect(s) down to come forward. 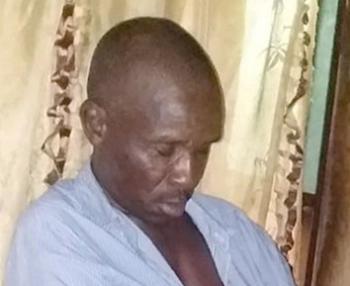