Ravele not a 'dumping site for dead bodies'

Residents of Ravele fear for their lives after two bodies – that of a woman and the other of a man - were found in the space of one month; both seemingly murdered and burnt beyond recognition at different times and in different locations within the village.

The woman, identified through DNA tests as Gloria Ramulongo (41), had been missing for two weeks before her burnt body was found in the bushes at Ravele on 28 June. Limpopo police spokesperson Brig Motlafela Mojapelo confirmed the incident and said an inquest docket had been opened and that police investigations were underway to determine the cause of death.

Mojapelo warned residents not to assume that the woman had been murdered and to stop pointing fingers. “Anyone with information regarding what had happened must call the police. They don’t need to reveal their names, just provide us with the information, and we will investigate it,” he said.

He said that a man had been brought in for questioning but was released again because of a lack of evidence against him.

The disappearance and subsequent discovery of Ramulongo’s body raised fear among villagers about their safety. Since the beginning of the year, several people in the Vhembe region had been reported missing after they had just disappeared, and a number of them had later been found dead.

Nine days later, at about 17:00 in the afternoon of 7 July, two men were collecting sand around the village when they stumbled upon the burnt body of a man. Once again, the police were notified, and this time a murder case was opened.

Mojapelo dismissed allegations of the murders’ being muti-related. “The post-mortem and police investigations will determine the cause of death and what might have really happened,” he said. “DNA tests will determine whether there had been any foul play, and reveal the identity of the man.” The results were not available yet at the time of our going to press.

On Monday, 12 July, four suspects were arrested in connection with the murder. Patrick Selota (51), Thabelo Selota (23), Latani Selota (21) and Emanuel Khangale (22) briefly appeared in the Tshilwavhusiku Magistrate’s Court on 16 July, and the case was postponed to 23 July for further investigation.

The local community accused the police of not doing enough regarding these deaths. The police had apparently been provided with information, as well as the name of one of the suspects. They claim that this particular suspect might also be responsible for Ramulongo’s death, as he apparently was her boyfriend.

Ramulongo’s daughter, Tavhuli Ramulongo, said the discovery of her mother's body had brought some relief, but naturally also a lot of pain. “We had hoped that she would be found alive. The family is having a hard time coping with this,” she said. They are still waiting for the post-mortem results to confirm the cause of death.

“We are afraid for our children’s safety. What if they are killed on their way to school?” a resident asked. “They killed a poor man who never fought with anybody in the village.”

“The village should be cleared of all bushes. This place is not a dumping site for dead bodies!” another resident said. 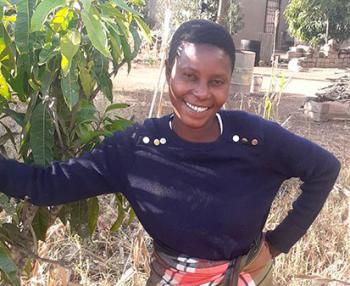