Tshiozwi killers on the loose

The search continues for the two gunmen who shot and killed a tavern assistant in cold blood in the early hours of Saturday, 18 June, at Tshiozwi village.

According to police spokesperson Brig Motlafela Mojapelo, the incident occurred at around midnight when the assistant and his manager closed the tavern for the night and headed for the house adjacent to the tavern with the day’s cash. As they opened the gate between the house and the tavern, they were allegedly accosted by two men wearing balaclavas, who demanded the money. The tavern manager gave them the money, then ran away while the assistant was left faced with the gunmen. He (the tavern manager) watched helplessly from his hide-out as the robbers allegedly opened fire on the assistant, killing him, and fled the scene with an undisclosed amount of cash.

The deceased, identified as Simbarashe Mutambadiki (34), was a Zimbabwean national. Preliminary investigations by the police revealed that he had four bullet wounds to his body. Mojapelo said that the tavern manager had been highly traumatised by the incident. He confirmed that a case of murder was being investigated and that the two suspects were still on the loose. He said that the police would be working around the clock to see the robbers behind bars soon.

One of the community members, who wished to remain anonymous, said they had heard gunshots on the night of the incident. “We heard the gunshots but did not know where they came from,” he said. “Shortly thereafter, we received the terrible news and rushed to the scene where the tavern assistant was killed. This is a hard time for us all. The man could not even hurt a fly, but they decided to kill him anyway. We are leaving everything in God’s hands and strongly believe that the police will do their job and apprehend the killers.” He said that the community and businesspeople did not feel safe at all after the incident.

The uncle of the deceased, Mr Gilbert Mutambadiki, said the incident had left the family in a state of shock and confusion. “Imagine having seen your family member a few hours back, healthy and strong, and all of a sudden being notified that he is dead!” He said that the family now wished to see the law take its course. “We want to see a severe punishment. These men have to pay for what they have done,” he said.

Vhamusanda Vho-Makhado Sinthumule said that they were just hoping that the police would be doing their part in making sure that the culprits were brought to book. “As leaders, we are concerned about the death of defenceless people. We feel that the community must stand up and join the police in the fight against crime. We cannot just sit down and watch while our people are being killed,” he said.

Mojapelo made an appeal to anyone who might have information relating to the incident or suspects to contact them on 08600 10111, or at their nearest police station. The police promised to treat any information with great confidentiality. 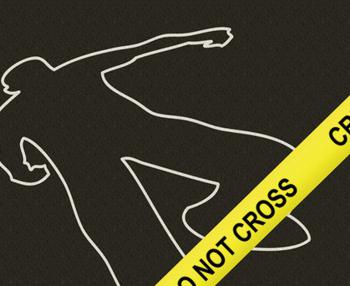