All is well for the Makhado Mayoral Cup which will be held tomorrow (Saturday) at Vhuilafuri Stadium in Madodonga.

Teams will be engaged in volleyball, basketball, netball, soccer and boxing.

The champions in each category will go home with R7 500, new kit, gold medals and a trophy. The first event of the day will be 7,2 km fun walk, which will start at 06:00.

The four soccer teams that will represent their regions under the municipality’s jurisdiction are: Tshivhazwaulu Peace Makers, Mailaskop Academy, Muduluni Young Chiefs, and Mamuhoyi Home Boys.

The coach of Mailaskop Academy, Mr James Khomola, said they were ready for whatever heat they might come across in the matches. He further said that all his players were razor sharp and that the team had been training hard.

The manager of Muduluni Young Chiefs, Mr Alfred Ramadwa, said that their aim was to win the cup. “The boys were doing their best and we have a good understanding.”

The Makhado Municipality’s spokesperson, Mr Louis Bobodi, said that the municipality was hoping to help develop young players at grassroots level.  “If our young people participate in sports, they will stay away from trouble. One can also make a living through playing different sporting codes,” said Bobodi.

“The route that sports took is the right one that the youth could follow. Many of our players are buried paupers after glorious sports careers, because of a lack of education. We encourage others to follow education,” said Bobodi. 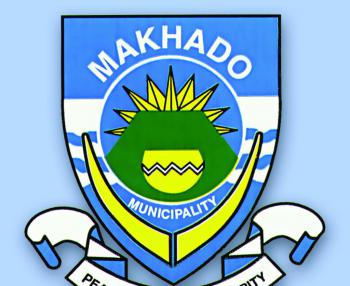