Lutendo Tshifhenya’s goal was good enough for Mudaswali United Brothers to be crowned as the champions of the Thulamela Mayoral Cup Soccer Tournament at the Makhuvha Stadium last Saturday. They beat Tshiulungoma 1-0.

Unlike in their previous matches, where they played defensive football in the first half and only started to attack in the last stanza, United Brothers approached the game aggressively. Their midfielders, Lutendo Tshifhenya and Zwanga Tshivhenwa, were the shining stars in the middle of the park. They regularly distributed defence-splitting passes to the strikers, making it difficult for the defenders of Tshiulungoma to breathe.

Tshiulungoma committed suicide by allowing the Brothers’ allrounder, Itani Mphaga, to make his normal runs from behind. Mphaga, who was nominated the tournament’s best player, was everywhere, playing as a midfielder while at the same time playing as a full striker.

The goal that made the difference came in the 27th minute. A scramble within Tshiulungoma’s danger area gave rise to Tshifhenya’s goal. He blasted in a rocket from inside the box.

The goal seemed to be a wake-up call to the players of Tshiulungoma. They created numerous promising moves from the middle of the park, but their strikers let them down by shooting aimlessly from close range.

Adivhaho Nekhavhambe, United Brothers’ keeper, made his presence felt towards the end of the first half. He saved two sure goals in quick succession. These two incidents probably convinced the judges to nominate Nekhavhambe for the best goalkeeper’s award.

The second half was equally contested. 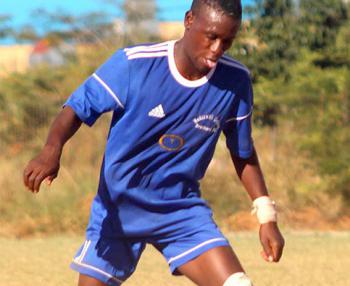