A must win for Black Leopards

This weekend marks the end of the Absa Premiership League programme for the current season. Lidoda Duvha, who are currently lying in the second-last position on the log, have a mountain to climb. They must win their match against Cape Town City at the Thohoyandou Stadium if they are serious about retaining their Absa Premiership franchise.

Failure to collect the maximum points might mean that Leopards will face automatic relegation to the lower division or partake in the promotional playoffs, which are scheduled to start next Wednesday, 15 May.

The local lads are in a neck-and-neck situation with Free State Stars and Chippa United with 27 points each.

Maritzburg United are at the bottom of the log with 26 points. Should they play to a draw with Cape Town City tomorrow, Leopards will hope that the other relegation candidates, Maritzburg United, Free State Stars and Chippa United, lose their matches.

Mr Dylan Kerr, the Leopards’ head coach, is adamant that the pride of Vhembe will still be campaigning in the elite division next season.

Leopards lost 1-3 to City in their first-round league match at the Cape Town Stadium about six months ago.

The combination of Mwape Musonda, Joseph Mhlongo, Lifa Hlongwane and Karabo Tshepe in the Leopards’ striking force has the potential to break the City’s solid wall of defence. 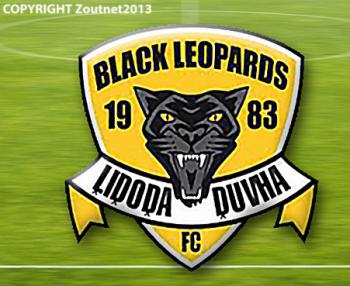