After beating Dumasi All Stars 5-0 at the Maniini grounds the previous day, Ravies FC did the unexpected when they lost 0-1 to Tshikovha Arsenal in their Thulamela Local Football Association League match on Sunday.

Ravies approached the game with more self-confidence. Their midfielders kept on dishing out some telling passes to the strikers time after time. Their original fighting spirit, however, vanished with time.

Arsenal capitalized and initiated some promising from behind towards the end of the first half. The goal that earned them the three significant points came in the 38th minute. Their slender striker, Thumo Murovhi, beat the offside trap and sent the Ravies’ keeper, Rabelani Netshiunda, the wrong way.

Murovhi was warned with a card for ignoring the referee’s whistle four minutes into the last stanza. He kicked the ball away long after the referee had blown the whistle for a goal kick. Arsenal could have scored an avalanche of goals in the last half, but the Ravies’ keeper, Rabelani Netshiunda, who was the Man of the Match, denied them numerous sure goals later in the game. 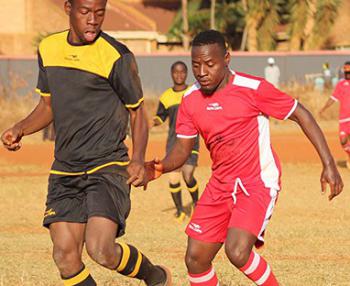