The league activities for the National Soccer League, or the GladAfrica Championship as it is now known, will commence this weekend. Four matches will be played at various places throughout the country tomorrow afternoon.

Tshakhuma Tsha Madzivhandila (TTM) will open their new season with a home match. They will host Cape Umoya United at the Thohoyandou Stadium tomorrow (Saturday) afternoon.

Whether Umoya are ready for the new season remains to be seen. The team from the mother city escaped the relegation axe by a whisker last season. Asked about their level of readiness for the new season, TTM’s chairman, Mr Humbulani Mphephu, said they had done everything within their power to ensure that they started the new season with a bang.

Mphephu also confirmed the signing of several players, including Jean Munganga (Black Leopards), Tebogo Kalake (Polokwane City), Wisani Mandlazi (Arconbush United) and Tumi Mashele from African All Stars. TTM were about to complete the signing of two foreign players, one from Lesotho and the other one from Tanzania, at the time of our going to press.

TTM retained several good players who were part of their squad for last season. Lebohang Mabotja, Onyedikachi Ononogbu, Phumelele Bhengu and the two goalkeepers, Tshepo Ramaele and Simon Mamudzidi, are some of the players whom the Tshakhuma side could not afford to lose at the end of last season.

In the other matches that will also be played tomorrow, Moroka Swallows will host TS Sporting at the Volkswagen Dobsonville Stadium in Johannesburg, while the KZN derby between Real Kings and Uthongathi FC will be played at the Mpumalanga Stadium and Ajax Cape Town will entertain Free State Stars at the Cape Town Stadium. 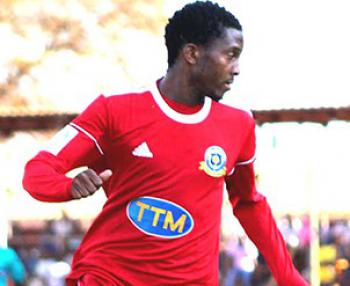