A fallen boxer, Fulufhelo Mudau, has just made a comeback, following a suspension that saw him not fighting for nine years.

The ‘Lion of Venda’, as he was known, was banned from participating in the sport in 2011, after traces of steroids were found in his blood. At the time, Mudau, who was ‘made of steel’ was a two-time Super Light-Weight champion who had also won a Light-Weight title.

“The moment I was banned I was devastated, because I was at the crest of my career as a boxer,” he said. “I was bankrupt, I felt rejected. As a result, I jumped into a pool of alcoholism as a way of destressing; little did I know that I was only worsening the situation.”

He lost many friends and even some family members and relatives would shy away from him because he had become addicted to alcohol. “I had started sitting in shebeens drinking mahafhe (sorghum beer), and as we all know, no youth should drink mahafhe – only old men and old women drink mahafhe, or youths who have been beaten by the world (the fallen ones),” he said.

A resident of Vuvha village and Makwarela, Mudau found a second home in the form of a church, where he participated in fellowship under the spiritual guidance of Pastor MC Mulaudzi of DEC Ministry in Phiphidi village.

“Church members were my only family since my family members became strangers to me,” he said. “I really thank Pastor Mulaudzi and his church for having my back when I was out. He was my mentor, father and guardian during my downfall.”

However, just recently he met a gentleman who is famously known as Mushavhi from Zwiriitavhathu Driving School in Protea Glen, who had heard his story.

“He was so touched by my story that he paid for my boxing licence, and I was accepted to fight again,” he said. “I was rejected by all family members because of my mistakes, but I have lived up to the actualisation of my name, Fulufhelo, which means 'hope', and then managed to rise again.”

He said he had come back to boxing in honour of his daughter, Ndorunwa. “I've got a beautiful little daughter named Ndorunwa, and she means everything to me,” he said. “She’s the reason why I’m back in boxing. I will be coming along with her to all my coming fights, and no one can beat me in front of her and her mother, Elizabeth Mudau.”

His first fight is taking place this Friday, 25 October, at Kagiso Recreation Centre in Johannesburg. He's fighting against Kabelo Bikitsha at 19:00. The fight will be broadcast live on SuperSport 7. 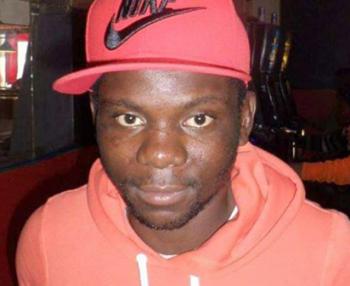 Fulufhelo Mudau has just made a comeback.