Mikhado and City Motors on the warpath

It will be business as usual for the teams affiliated to the Limpopo Stream of the ABC Motsepe League this weekend. The Rabali Stadium will be the best place to be tomorrow afternoon. That is where the match between Mikhado FC and the newly promoted Ngwabe City Motors will take place.

City Motors are still battling to come to terms with their 2-3 defeat at the hands of Ollesdal FC at the Jane Furse Stadium last Saturday. Mikhado must collect the maximum points for the match at all costs in order to keep their title hopes alive. The team from the Nzhelele Valley is currently lying in the sixth spot with 15 points, 6 behind the log leaders, Magezi FC.

Mikhado have a match in hand after their match against Giyani Happy last weekend was postponed to a later date. Should they manage to collect the maximum points in their outstanding match, Mikhado will be 3 points behind Magezi FC, making them one of the hot league title contenders.

City Motors must keep a close eye on Mikhado’s key players, Bornwise Molobo, Aluwani “Killer” Nedzamba, Thulani Mabizela and Khuthadzo Tshikulumela, or else they will not know what had eaten them at the end of the game.

Giyani Happy Boys will undertake a journey to Polokwane where they will battle it out for league points with Makotopong Brazilians at the Nchabiseko Stadium. Residents of Giyani and the surrounding areas will have the privilege to watch top-class football on their doorstep. Their home team, Ndengeza FC, will host Eleven Fast Tigers at the Giyani Stadium.

Ollesdal FC will entertain Venda Football Academy at the Turfloop Stadium in Polokwane. The Dolphins FC must beat Polokwane United to restore their lost pride. The Dolphins lost 0-2 to Tshakhuma RO Nandilani (TRON) last weekend. Baraccah Valley will enjoy the home-ground advantage in their match against Magezi FC at the Mafefe Sports Complex. 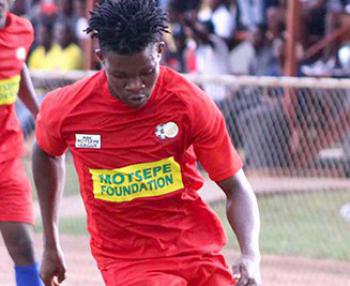