They lost 0-1 to Richards Bay FC in their GladAfrica Championship League match at the Umhlatuze Sports Complex in Richards Bay last Sunday and now Tshakhuma Tsha Madzivhandila (TTM) must beat University of Pretoria (Amatuks) to keep their title hopes alive.

TTM and Amatuks will battle it out at the Tuks Stadium in Pretoria on Sunday afternoon. TTM dropped from the fifth to the sixth spot on the log following the defeat to Richards Bay.

Although TTM are nine points behind the pace setters, Ajax Cape Town, the team’s head coach, Mr Vladislav Heric, is optimistic that Vhadau Vha Damani are still on course for the league championship. He reiterated the fact that the league title race is still wide open because 11 matches remain before the activities for the current season come to an end.

When asked as to where they had lost their game against Richards Bay, Mr Heric stated that soccer was about scoring goals. According to him, TTM squandered numerous obvious scoring opportunities, while the home side converted the only chance they got.

TS Galaxy will take on Swallows FC at the Kameelrivier Stadium in Siyabuswa in one of the five matches that will be played tomorrow afternoon.

The KZN derby between Real Kings and Royal Eagles will be staged at the Sugar Ray Xulu Stadium in Durban. Royal Eagles must win the match if they are serious about escaping the relegation axe at the end of the season. The Eagles are languishing at the bottom of the log.

Mbombela United will play against TS Sporting at the Kanyamazane Stadium in Nelspruit, while JDR Stars will host Richards Bay FC at the Soshanguve Stadium outside Pretoria.

Ajax Cape Town will visit Free State Stars at the Goble Park Stadium in Bethlehem. Ajax are still fresh from a 2-1 victory over Royal Eagles. 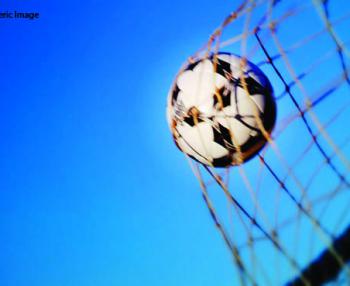