“Vladislav Heric is not fired”

Questions abounded on Monday in the soccer fraternity regarding a rumour that Tshakhuma Tsha Madzivhandila (TTM) FC's head coach, Mr Vladislav Heric, could have been sacked from the team.

However, the team issued a media statement on Tuesday in which they cleared the air of all assumptions and negative rumours.

TTM's communication and marketing manager, Mr Tshidino Ndou, said that Heric had requested leave to take care of his sick father, who is undergoing treatment in Serbia. “This is a critical time for the club as it is fighting to win promotion to the PSL, but Mr Heric’s family is more important,” Ndou said. “Our hearts are with the coach and his family during this difficult time, and the entire club would like to wish Mr Heric’s father a speedy recovery.”

Ndou stated that, apart from family-responsibility leave, it had come to the club’s attention that false and misleading speculations were circulating on social media that the coach had parted ways with the team.

"TTM would like to rubbish all these rumours as pure conjecture, meant to destabilise the team. Heric is still the head coach of the club," Ndou said. "We hope the coach will be back for our next league game at home against Steenberg FC, on 15 February." 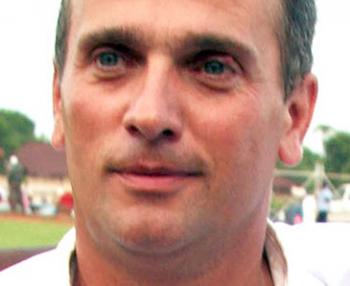