Pressure on Mulaudzi to break the silence

The former president of Tshakhuma Tsha Madzivhandila (TTM), Mr Masala Mulaudzi, might have said in no uncertain terms that he was about to finalise the process of procuring an Absa Premiership franchise and that he would announce the name of the club from which he had bought the status in a few days’ time, but his statement seems not to be good enough to calm down football fanatics, especially the TTM supporters.

In last week’s edition, Mulaudzi appealed to the supporters to be patient for just a little longer, saying he would soon make an announcement regarding the purchasing of the elite league status. He went further to say that the two parties would issue a joint statement regarding the sale agreement when the time was right.

Despite all the efforts he made in trying to assure the fans that the situation was under control, Mulaudzi revealed that he continued to receive telephone calls from concerned supporters who want him to disclose the name of the club from which he was buying the status. Not only was he feeling the pressure when it came to developments regarding the sale agreement, but Limpopo Mirror also continues to receive countless telephone calls from the club’s supporters and football lovers in general, who are fast becoming impatient about the matter.

Some of the concerned callers went as far as appealing to the newspaper to pressure Mulaudzi to disclose the name of the club and to announce the date on which the deal will be clinched. They even pleaded with the newspaper to ask Mulaudzi to tell them if the deal has, for some reason, turned sour, so that they could stop speculating.

Mulaudzi further said that he understood the concerns and frustrations supporters might have been experiencing, following his announcement that he had sold TTM’s GladAfrica Championship status to a Sekhukhune-based businessman, Mr Simon Malatjie, last week and remained silent about his next move. Mulaudzi was locked in what he described as a crucial meeting with the people from whom he was buying the Absa Premiership franchise at the time of our going to press. He promised to give us an update regarding the sale agreement after the meeting. 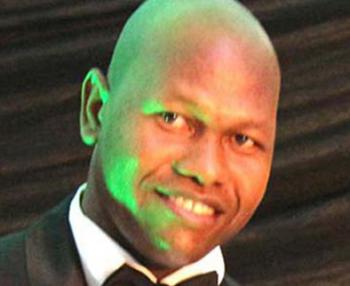