Following the announcement by the Minister of Sports, Arts and Culture, Mr Nathi Mthethwa, last week that non-contact sports such as cricket, tennis and chess could resume training and play games behind closed doors and that contact sports such as soccer and rugby were only allowed to do training not in a group form, the Premier Soccer League (PSL) is still awaiting a response from the government regarding their proposals on how they could complete the current soccer season.

The PSL’s acting CEO, Ms Mato Madlala, confirmed that they were yet to get the necessary go-ahead from the government. She appealed to the clubs not to use their own interpretation of what is or is not permitted under level 3, until they obtained clarity from the relevant authorities. Most of the clubs are hopeful that the government will give the teams the go-ahead to resume with the training for and playing of their remaining matches behind closed doors.

When asked about their level of readiness to resume with the league activities, should the league get the necessary permission from the government, the coaches of the three Limpopo-based PSL clubs, Black Leopards, Polokwane City and Baroka FC, indicated that they were more than ready to return to the field of play at any given time.

Mr Allan Clark, Black Leopards’ head coach, said that he was satisfied with the preparations they had made so far. He further stated that although the players were training individually, he was convinced that the team was ready to complete the season on a high note. He reiterated the fact that no team would stop them in their six remaining matches because they had left no stone unturned in their preparations for the resumption of the league activities.

Mr Dylan Kerr, the coach of Baroka FC, said he had reason to believe that his team was ready to conquer any opposition in their remaining matches. According to him, the spirit was high in the camp. Kerr said that he could not wait to see his players training as a team after monitoring the boys’ training virtually over the past two-and-a-half months.

Asked about their plans for the six remaining matches, the coach of Polokwane City, Mr Clinten Larsen, said that his players were razor sharp. He also stated that the players knew that failure to collect enough points in the remaining matches would see the club facing relegation. According to him, they had used the lockdown to tighten-up the team’s loose ends. 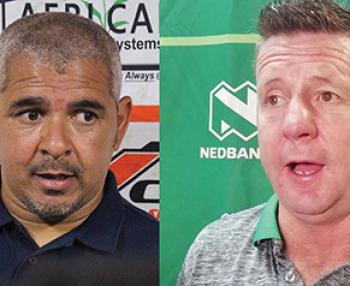