Acquiring an Absa Premiership franchise is something good, but maintaining it is a different thing. Hopefully, Mr Masala Mulaudzi, the former president of Tshakhuma Tsha Madzivhandila FC (TTM), is aware of this.

Mulaudzi bought the Absa Premiership Division status from Bidvest Wits FC. The deal was finally clinched last Saturday evening, ending the speculation. When asked about the amount he had parted with to procure the franchise, Mulaudzi said that the club’s status had been given to him at a giveaway price. He revealed that negotiations to purchase the franchise started about three years ago, shortly after he had bought the GladAfrica Championship status from Milano United FC.

In an interview with Limpopo Mirror, Mulaudzi revealed that they had already approached the league for an official name change and their intention to play their home matches at the Thohoyandou Stadium. “We have lodged an application with the PSL for an official name change from Bidvest Wits to Tshakhuma Tsha Madzivhandila FC as of the beginning of next season,” said Mulaudzi.

To clear up the confusion, Mr Mulaudzi made it clear that he had bought the status of Bidvest Wits FC and not that of Wits University.  According to him, the two entities were confused by most fans, who could not distinguish between the club and the university. Asked about his short- and long-term plans for the club, Mulaudzi stated that his aim was to make TTM the pride of Limpopo, and Vhembe District in particular, in the foreseeable future.

He stressed the fact that Bidvest Wits FC was a big brand that had a good reputation. He said that TTM’s failure to maintain the Wits reputation would amount to dragging the entity’s name through the mud. He reiterated they had already started with the preparations for the new season. According to him, TTM will be a force to be reckoned with, come next season.

Mulaudzi repeatedly stated that TTM would not be in the elite league just to add to the numbers, saying the team would contest for silverware to keep the supporters happy. He further said that several experienced players had already shown interest in joining the club. He revealed that he was negotiating with several highly respected coaches to find a man who would replace the current head coach, Mr Gavin Hunt. 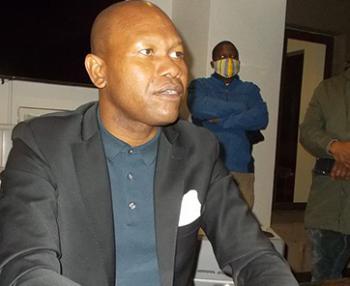