Simon Ramabulana never hung up his soccer boots. He is known as Mzekezeke, but local elders gave him the name Nyakanyaka because of his style of dribbling.

He started loving and playing soccer at the age 13, when he and his friends, Robert Livhoyi and Tshikonelo Ndou formed a small team, called Zero Pirates. He then went on to play for Tshikuwi Stone Breakers (A team) in 1979.

“I remember when I scored the winning goal in my first game against Tshifhire United.” He was a feared and respected midfielder. He even played for teams at Bushbuckridge, namely Shatale United and Mapulaneng Health Centre, alongside the likes of former Kaizer Chief defender David “Goingup” Nyathi.

He was part of the Stone Breakers team that played in the National Professional Soccer League (NPSL) first division when things were still difficult for progression to higher levels. He also played for divided Orlando Pirates, divided Moroka Swallows, divided Vaal Professional and De Beers Westbury at that time.

He was requested to assist at one stage when Black Leopards was playing for promotion. He played against Phalaborwa FC, Dangerous Darkies and Ratanang Maholosiane. Unfortunately, the team did not make it in the last game.

He once became the captain of Stone Breakers, Makhado College of Education, and the Venda squad in 1985/86. He cannot forget players such as the late Innocent “Tornado” Mulaudzi of Tshiozwi Dynamos, Ace Ramabulana, Joseph “Maria” Maphaha, Shadrack Matidze, Manda Musenwa, Magic Ratshivhadelo, Chris Mahandana, Shoni Mudzielwana and Tshildzi Ndambakuwa in the Venda squad.

His brother, the late Donald Ramabulana, recruited him to join Sibasa Black Leopards when Stone Breakers was banned in Vedfa, but he went back to his team when it regained its status in the third division.

He never hung up his soccer boots. His eagerness to play compelled him to form a team with Mabena Masakona, the Songozwi Masters. The team is currently campaigning in the masters’ league.

He is the principal at Frank Ravele High and holds a master’s degree in education. He keeps on encouraging the youth and assist them in many ways, buying them soccer boots and balls.

His message to the youth is that a sportsman is a disciplined person. “Alcohol and drugs are not brothers and sisters to soccer. The chances of success are at your door. Soccer and education are brothers and sisters. Play soccer and continue with your studies; you will not have time for beer,” he added. 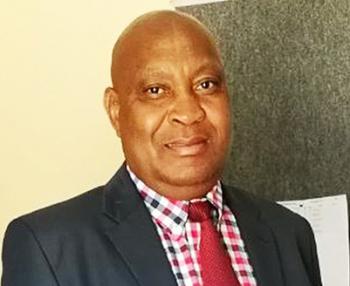