Tshakhuma Tsha Madzivhandila FC (TTM) might have sold their GladAfrica Championship franchise, but the team’s caretaker coach, Mr Lucky “Mchichwa” Nelukau, said that their aim was to secure a playoff spot and fight for promotion to the top league.

Nelukau revealed that he would continue to coach the team for the six remaining matches until the new technical staff take over at the end of the season. Nelukau, who has overseen the team since the head coach, Mr Vladislav Heric, was placed on special leave in March, said that he knew the club had been sold.

“We know that the club has been sold, but as a team we have an obligation to do the job on the field,” he said. He reiterated that whatever was happening in the office was a management issue and that their job was to ensure that the team continued to collect maximum points in their remaining matches. “We must focus on what we have been hired to do, which is to play football and leave the rest to the authorities that be,” he said further.

Nelukau also said that they would do their best in the remaining matches to impress the new owners and the technical team of the Absa Premiership team. He pointed out once again that, as a young coach, helping the team to gain promotion to the elite league would a great achievement for him. He stressed the fact that they would all like to be part of the new PSL team next season.

After buying the Absa Premiership franchise from Bidvest Wits two weeks ago, Mr Mulaudzi made it clear that not all the players and officials who were part of TTM this season would be part of the club next season. As for Nelukau, Mulaudzi stated that the young coach was part of their plans.

Vhadau Vha Damani are currently lying in the fourth position on the log with 38 points. They are 10 points behind the pace setters, Ajax Cape Town. TTM’s remaining matches will be against Ajax Cape Town, Free State Stars, Uthongathi FC, TS Sporting, Jomo Cosmos and Moroka Swallows. 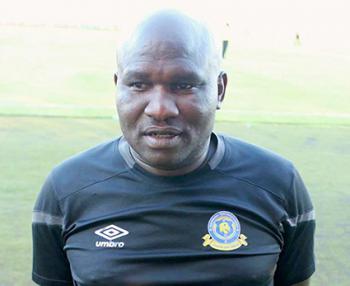