The former Black Leopards’ midfielder, Meshack Maphangule, is not sure about his future as a player of Chippa United FC.

Maphangule joined the Port Elizabeth side from Orlando Pirates at the beginning of this season on a one-year loan. His loan contract with Chippa United will expire on the day when the Chilly Boys play the last league match for the current season.

Maphangule will be expected to go back to Orlando Pirates when his loan contract with Chippa United expires as he is still contracted to the Soweto giants. According to Maphangule, his contract with Pirates is valid until 30 June 2022.

What worries Maphangule most is the fact that he was not sure if Chippa United would opt to extend his loan contract with Pirates when it expired.

The 28-year-old Maphangule joined Orlando Pirates on 1 July 2018, following the expiry of his five-year contract with Black Leopards. His first season at Orlando Pirates was not admirable. He appeared in only two games as a substitute. He revealed that he was not sure if he would be given a chance to play when he returned to Pirates at the end of the current season.

Maphangule stated, however, that he was prepared to go back to Soweto and fight to become a regular player. He further said that he had gained valuable experience during his stay at Chippa United

Asked whether he would consider re-joining his former employers, Black Leopards, if the need arose, Mabedi, as he is also known, said that he would not need to think twice as Lidoda Duvha had made him what he was today. He further stated that it pained him to see that he did not play for the Thohoyandou side after assisting the team in gaining promotion to the country’s first-division league two years ago. 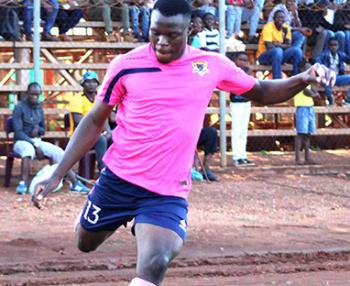