Lukie Rubberman Manyuwa was a dedicated defender during his days when he was a soccer player.

Manyuwa started his football career at Thohoyandou FC and the Tshipako Black Leopards feeder team in the early eighties. He joined Madombidzha Easy Gas FC and moved to the well-respected Madombidzha Try Again. From 1990 to 1992, he was selected to play for the Great North East Province (GNEP) squad playing in the South African Inter-Provincial tournament.

He said that his most memorable match was against Jomo Cosmos, with the likes of Thomas Madigage, Gavin Lane and Andrew Rabutla.

He then retired from football and started working at the Department of Correctional Services in Polokwane. He also helped in the development of soccer at Madombidzha village. He was recruited to scout players for Ria Stars, the team owned by Ms Ria Ledwaba.

He remembers players such as Kgasago Banda, Lucas Sebola, Dukes Machaka, Sydney Moshikaro and Double Mathlope playing for the team.

He said he retired from soccer and concentrated on soccer development as that was where he realised that the youth needed serious guidance because they were growing up in a different environment. “They keep things simple, but dedication to sports does lack. Soccer is so highly commercialised because the players’ focus is on quick money. One thing that I feel disturbed about is that the players move regularly between different teams. That is confusing the fans,” he said.

His dedication to football was not focused or based on what he could benefit. His concern is that current players do not last because they focus on what will they benefit. "Not even a single day had my account received money from playing football, but I didn't give up. We used to buy ourselves soccer boots and the very same pair was used for practice and games, unlike nowadays," continued Manyuwa.

He urged young players to work hard and to stay away from drugs and illegal actions, as it will hamper their careers.

He encouraged young players to work hard and said benefits would come later. He said this about the lockdown period: "Let us respect the call from our government and remain disciplined by complying with the rules and regulations of the Covid-19. We also need to support those on the front line because they, in return, are helping us. Keep yourself busy, do something, either reading or exercising, rather than sitting and always eating." 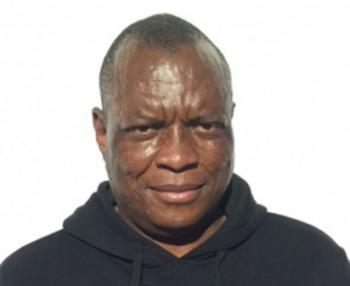