Ndou announced his resignation on social media on Sunday afternoon.  He wrote: “If you know when to leave, you won’t regret. I learned [this] from bra Pitso [Mosimane] who resigned from Sundowns after signing a 4-year contract.

“You cannot feel sorry for someone who voluntarily left his position to focus on other things. It is different from being fired. Do people have to explain why they resigned?

“Please note that as of today, am no longer working for TTM FC. I spent 9 good months with TTM, and I don’t regret at all even if it was part time. Supporters were amazing, but I won't miss them as am still a TTM supporter. From now on, direct all media enquiries to the club. Don’t believe rumours, I left in good spirit. I hope you find this in order. Thank you.”

However, in the resignation letter directed to the Topflight newcomers’ boss, Masala Lawrence Mulaudzi, seen by Limpopo Mirror, the information technology specialist from Tshakhuma village writes: “I am writing to notify you that I am relieving myself from the Communications and Marketing Manager's position with immediate effect.”

Ndou further tells his former boss that stepping aside was not an easy decision, considering how Mulaudzi believed in him and his capabilities. “I had to do so in order to focus on other things that I paused during my time at TTM FC. I appreciate the opportunity I have been given during my time with TTM as well as your undivided support,” reads part of Ndou's letter.

Parting ways with TTM will give the well-known musician and film producer more time to focus on entertainment. The Lwanga-lufuno hit maker says that, despite stepping down as TTM communications and marketing manager, he will remain a loyal supporter of the club. 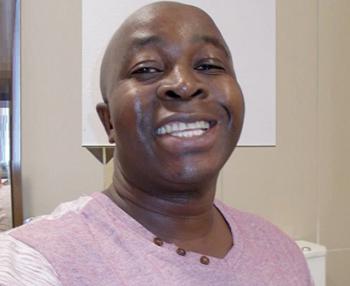