By Kaizer Nengovhela and Frank Mavhungu

In June this year, the Limpopo Mirror interviewed the boxing legend, also known as “Tiger” Madzivhandila. Madzivhandila then recalled the kind of life he lived when he was a young boy at Tshakhuma Primary School in the mid-forties. He said that his dream was to become a successful boxer and businessman.

After passing Grade 9 (then Form 2) in 1951, Madzivhandila worked as a temporary teacher for a year before registering for a bricklaying course with the Vlakfontein Industrial School in Pretoria. That was where he met Dr Dzhivhuwo, who trained him as a boxer and later assisted him to join the Transvaal Boxing Union.

Upon completing his studies at the Vlakfontein Industrial School, Dr Dzhivhuwo encouraged him to go back home and train more young boys as boxers. He worked as a building contractor for several years before kissing the industry goodbye in the early seventies to focus on other businesses. According to him, he was the first black person to own a fuel station in the Venda homeland.

With the help of the late Mr Bethuel Manyama, Madzivhandila established the Venda Boxing Association in 1982. The association soon became a home for champions after producing high-profile boxers such as Philip Ndou, Lovemore Ndou and Cassius Baloyi.

He made quite an impact in the sport in 1985, when he staged his first professional fight at Thohoyandou stadium where he used the lights of vehicles to ensure that the tournament continued until late. He also made headlines when he staged an international title fight between Peter Malinga and Alberto Arano of Argentina at the University of Venda’s stadium in 1995.That was the first boxing fight televised on TV in the then Northern Transvaal.

As a prince from the Tshakhuma royal family, Madzivhandila was installed as chief (Vhamusanda) for the Tshitavhadulu area in Tshakhuma way back in 2002.

During the June interview with Limpopo Mirror, Madzivhandila said that his focus was on his activities as a traditional leader and businessman. He said that he stopped renewing his boxing promotion license after his installation as chief, because the well-being of his subjects came first.

The family spokesperson, Mr Muthuhadini Madzivhandila, said that they were sad to lose someone of this stature, but they are also proud to have produced such a legend. Muthuhadini said that Madzivhandila had played a big role in uplifting the standard of boxing and he was also a prominent community leader.

The Limpopo Boxing match-maker, Mr Azwindini Simba, described Madzivhandila as a community builder and an educator “who was larger than life. He was always there when we needed him. We used to visit him even during his last days, and he could not stop talking about boxing”.

A memorial service was held on Thursday, 8 October, at the Tshakhuma Lutheran church. He will be laid to rest on Friday at Tshiendeulu Tsha-Tshakhuma. 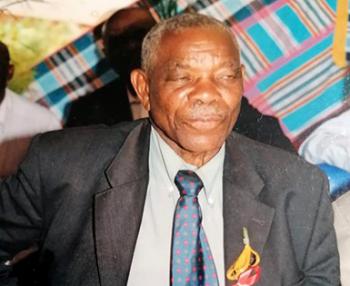