The former marketing and communications manager for Tshakhuma Tsha Madzivhandila FC (TTM), Mr Livhuwani Nicholas Madzuhe, is back at the club. Madzuhe confirmed that his appointment to the post of marketing manager came into effect last Thursday, 1 October.

To prove that he is serious about his job, Madzuhe revealed that he had been hard at work the past weekend. He helped to launch two supporters’ branches in Gauteng. According to him, his first stop was in Thembisa where he addressed hundreds of supporters on Saturday morning. He proceeded to Alexandra Township the following day, where he launched another branch.

Madzuhe will meet with representatives from the supporters’ branches from around Vhembe District tomorrow morning. He said that the meeting would be held at the club’s offices in Thohoyandou, starting at 11:00. Some of the items that are high on the agenda for tomorrow’s meeting include the club’s merchandise and the benefits for the supporters.

TTM will host Superport United in their first MTN 8 KO competition match at the Thohoyandou Stadium next Saturday, October 17. The league organisers made it clear that all the MTN 8 matches will be played behind closed doors. Madzuhe said, however, that transport arrangements to their MTN 8 match would be discussed in the meeting despite the league’s pronouncement that the matches would be played behind closed doors.

He said that the decision to discuss the matter in the meeting was reached after the point was raised that the league had made a proposal to the government to allow the clubs allow a certain number of spectators at matches. “We don’t want to be caught unprepared in case the government gives the league’s proposal a thumbs-up,” said Madzuhe.

Madzuhe is not a new figure in the TTM camp. He was the club’s marketing and communications manager for two seasons after TTM bought the National First Division franchise from Milano United in 2017. He resigned from the position at the end of the 2018/19 soccer season to join the GladAfrica Championship side, JDR Stars, as the club’s marketing and communications manager. 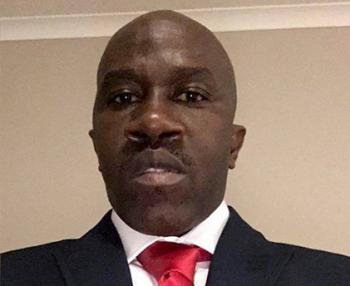