Black Jesus in the Swallows’ nest

According to the player’s agent, Mr Ratshibvumo Mulovhedzi of Rush Hour Sports Management, the deal was concluded over the past weekend. Mulovhedzi revealed that the 29-year-old Mhlongo had entered into a two-year contract with the Dube Birds.

He repeated that Mhlongo was likely to stay in the Swallows’ camp for three years, saying the contract had an option for a further one-year extension. Mhlongo’s contract with Black Leopards expired on 30 June. He joined the Thohoyandou side back in 2017 on a three-year contract.

Asked why the player had taken so long to find a new club after parting ways with Lidoda duvha about three months ago, Mulovhedzi stated that he had still been weighing up his options all along. According to him, several clubs, including Chippa United, Highlands Park, Orlando Pirates and Polokwane City, were interested in the player. He revealed that the player had finally signed a provisional contract with Polokwane City towards the end of the season.

Mulovhedzi said that their deal with Polokwane City had turned sour after City had been relegated to the lower division at the end of the season. According to him, their contract with City contained a clause that stated that the deal would only become effective if the club retained their top-fight status.

Mulovhedzi said that the other factor that had led to the player’s delay in finding a new job was the fact that Mhlongo was an ageing player. “I wanted a good contract for him, considering the fact that his years as a soccer player are numbered,” said Mulovhedzi.

Speaking from the clubhouse in Soweto, Mhlongo said that Swallows had offered him a deal that would change his family’s life for the better. Black Jesus, as his fans call him, revealed that he could not wait for the activities of the new season to start, so that he could show his new employers what he was capable of. 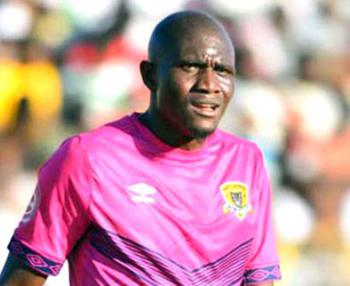