Tshakhuma Tsha Madzivhandila FC (TTM) are gearing up for a tough DStv Premiership League match against Swallows FC at the Thohoyandou Stadium next Wednesday, 4 November. TTM and Swallows started the new season on a positive note. Swallows drew 1-1 with Stellenbosch FC, while Vhadau Vha Damani shared the spoils with TS Galaxy, with whom they played to a 1-1 draw.

Swallows and TTM were campaigning in the GladAfrica Championship League last season. Swallows got promoted to the elite league after winning the league championship, while TTM bought their top-flight franchise from Bidvest Wits FC.

A quick glance at the Swallows’ nest shows that the “Dube Birds” really mean business. They beefed up their squad by signing a number of vastly experienced players, including Vuyo Mere, Lebohang Mokoena and former Black Leopards playmaker Thabo Matlaba.

TTM’s Venezuelan international, Gustavo Paez, is likely to be in the team’s starting 11. Should he be given a chance, Paez is expected to form a good combination with Thembisani Nevhulamba and Lerato Lamola at the forefront.

Swallows must keep an eagle eye on TTM’s midfielders, Miguel Timm, Mogakolodi Ngele, and Meshack Maphangule, or else they will not know what had eaten them at the end of the game.

Kaizer Chiefs will travel to the Mbombela Stadium in Nelspruit, where they will play against TS Galaxy. Supersport United will host Stellenbosch FC at the Lucas Moripe Stadium outside Pretoria. Black Leopards will fly to Durban, where they will lock horns with Amazulu at the King Zwelithini Stadium.

The other Wednesday fixtures are: Bloemfontein Celtic vs Orlando Pirates, Baroka FC vs Lamontville Golden Arrows and Cape Town City vs Mamelodi Sundowns. The only match that will be played on Tuesday will be between Chippa United and Maritzburg United. 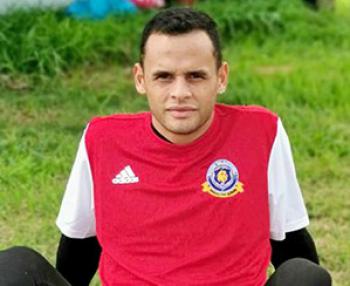