A weekend to forget for Madridtas FC

Madridtas FC are still battling to come to terms with what happened to them the past weekend. The Tshifudi side went to the SAB League provincial promotional playoffs in Bela Bela with the hope that they would make the grade in the event and gain promotion to the ABC Motsepe League, but that was not the case. Instead, Madridtas returned with their tails between their legs.

Just like the rest of the teams, Madridtas played four matches in the tournament. Their opening match was against Emmanuel FC, with whom they played to a 2-2 draw. Madridtas did the unexpected in their second match. They brutally walloped Mandebele FC 6-1 to wrap up Saturday’s programme.

After collecting four points in their first two matches, Madridtas needed at least three points in their last two matches to secure a place in the ABC Motsepe League. The wheel of fortune turned against them the following day. They lost 1-3 to Denilton Callies in their opening match on Sunday. As if that was not good enough to irritate the team’s enthusiastic fans, Madridtas suffered a 0-3 defeat to Terrors FC in their final match.

Asked what could have contributed to the team’s embarrassing performance in the two-day event, the team’s head coach, Mr Ernot Dzaga, revealed that he had no control over things that led to the team’s poor running in the tournament. According to him, they had the smallest squad compared to their counterparts from the other regions.

He stated that the team had played well in their first two matches but had suffered from fatigue in their last two fixtures. Mr Dzaga further indicated that they had had no option but to play the last two games with the players who had been very tired. According to him, the other thing that had contributed to the team’s poor results was the fact that the team’s top striker, Mulisa Ramusia, had sustained a serious injury in their game against Mandebele FC.

Ramusia, who scored four goals in their game against Mandebele, watched the team’s last two games from the grandstand because of the injury.

Madridtas finished the tournament in the third position. The top two teams, Denilton Callies and Terrors FC, will be campaigning in the ABC Motsepe League next season. 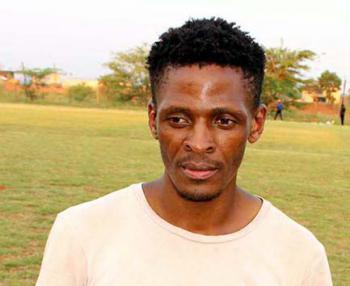