Can Swallows fly over Black Leopards?

Leopards’ performance has improved dramatically, following the arrival of the new head coach for the team, Mr Dylan Kerr. Lidoda duvha played two league matches (Wednesday’s match not included) under the guidance of Mr Kerr. They lost 0-1 to Bloemfontein Celtic and shared the spoils with Kaizer Chiefs, with whom they played to a 2-2 draw at the FNB Stadium in Johannesburg.

During an interview with him, Mr Kerr assured the team’s fans that Black Leopards will soon move out of the relegation zone. The Thohoyandou side are currently lying in the second-last position on the log standings. He stated that it was just a matter of time before Lidoda duvha restored their lost pride. Mr Kerr, who was still worried about his team’s poor defending in their game against Kaizer Chiefs, reiterated the fact that any team that will play against Black Leopards, including Swallows FC, must expect a real war.

Mr Kerr’s counterpart from the Swallows’ camp, Mr Brandon Truter, is adamant that Swallows will fly over Black Leopards, despite the fact that it will be an away fixture for them. Should they be given a chance on Sunday, Thabo Matlaba and Joseph Mhlongo will be playing against their former teammates for the first time after leaving Leopards at the end of last season.

A combination of the Leopards’ forwards, Ovidy Karuru and Rodney Ramagalela, is expected to keep the Swallows’ defenders running for cover from the onset to the end. Karuru scored a brace in their game against Kaizer Chiefs last week. Although Swallows are the newcomers in the elite league, they are currently closely contesting for the league championship. 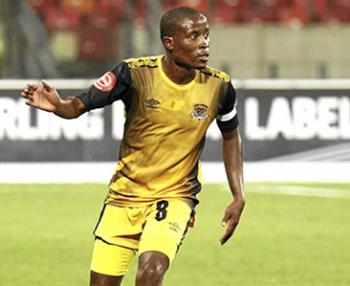